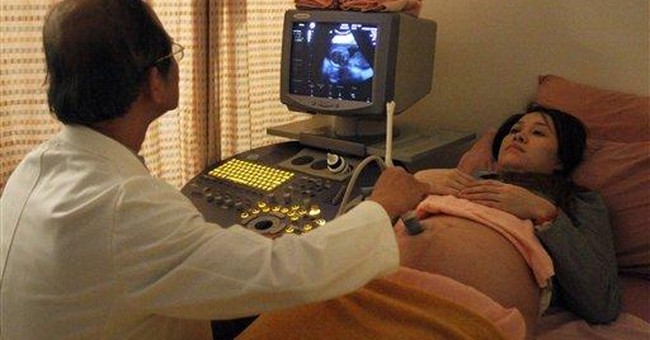 If a patient chooses to use a Catholic hospital they can expect that said hospital will not perform abortions under any circumstance. But the ACLU just can’t accept this, and is once again suing Trinity Health Corporation, one of the nation’s largest Catholic hospitals systems, for refusing to cave on this life-affirming position, which is dictated by the U.S. Conference of Catholic Bishops’ Ethical Religious Directives for Catholic Health Care Services.

In the lawsuit filed Thursday in a Detroit federal court, the ACLU argues that the hospital’s policy against abortion, even when the mother’s life is in danger, violates the 1986 Emergency Medical Treatment and Active Labor Act.

It accuses Trinity of "refusing to provide pregnant women suffering emergency medical conditions with abortions necessary to stabilize them" on at least five occasions.

“Defendants permit their hospital staff members to perform the same procedures that are also used to terminate a pregnancy, such as induction of labor and dilation and curettage, in other circumstances,” so providing abortions “would not impose an undue hardship on Defendants," the lawsuit stated.

The Directives are clear, however: “abortion … is never permitted” and “Catholic health care ministry is rooted in a commitment to promote and defend human dignity; this is the foundation of its concern to respect the sacredness of every human life from the moment of conception until death.”

Fortunately, it seems Trinity Health isn’t too worried about the latest lawsuit. A spokeswoman for the hospital system told CNSNews.com that the “case has no merit” because “a federal court already dismissed a similar ACLU claim, and we will seek dismissal of this suit for the same reason.”