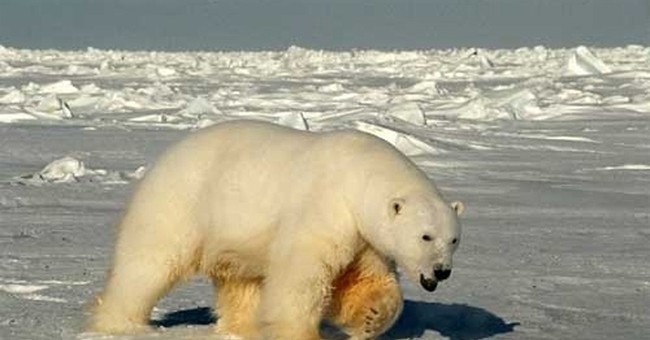 Speaking to cadets at the U.S. Coast Guard this week, President Obama said that those who deny global warming are putting America at risk. Not only that, to ignore it would be a “dereliction of duty.”

"Denying it or refusing to deal with it undermines our national security,” he went on. “We need to act and we need to act now."

The Central Intelligence Agency is shutting down a research program that offered classified data to scientists to examine the link between climate change and global security threats.

A CIA spokesman confirmed that the agency had ended its MEDEA program, a 1990s-era intelligence program restarted in 2010 under President Obama. The collaboration gave scientists access to intelligence assets like satellite data to study climate change and inform on how its impacts could inflame conflicts.

CIA spokesman Ryan Whaylen said "these projects have been completed and CIA will employ these research results and engage external experts as it continues to evaluate the national security implications of climate change." […]

The research effort, as with most environmental work, has drawn the ire of congressional Republicans. Sen. John Barrasso of Wyoming has particularly been critical of the intelligence agency's environmental work, saying in 2010 that "should be focused on monitoring terrorists in caves, not polar bears on icebergs."

And generally, Republicans have been scornful of the defense community's work on climate change, saying that the administration is ignoring the threat of terrorism and global instability in favor of environmental goals.

Of course Republicans have been scornful.

The week Obama gave that speech Ramadi had just fallen to ISIS, North Korea announced it could make nuclear weapons small enough to place on missiles, and Syrian President Bashar al-Assad is reportedly using chemical weapons against his own people again. Sen. James Inhofe was right when he said Obama is “disconnected from reality.”