Petraeus Sentenced to Probation and $100K Fine For Military Leak 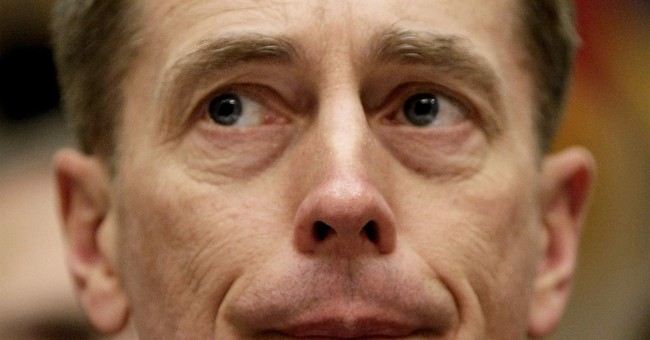 Former CIA Director David Petraeus, whose career came crashing down after an extramarital affair with biographer Paula Broadwell, was sentenced on Thursday to two years' probation and fined $100,000 for sharing classified information with her.

The sentencing came two months after he agreed to plead guilty to a federal misdemeanor count of unauthorized removal and retention of classified material.

The plea agreement carried a possible sentence of up to a year in prison. In court papers, prosecutors recommended two years' probation and a $40,000 fine. But Judge David Keesler increased the fine to "reflect seriousness of the offense." He said Petraeus committed a "grave and uncharacteristic error in judgment." […]

Petraeus attorney Jake Sussman said this was not a case about the public dissemination of classified information, but the wrongful removal of materials.

But prosecutor James Melendres said, "This is a serious criminal offense. He was entrusted with the nation's most classified secrets. The defendant betrayed that trust." Melendres says Petraeus compounded that trust by lying to the FBI.

Petraeus apologized for “the pain [his] actions have caused” but said he was looking forwarding to moving on in life after the two-and-a-half year ordeal.