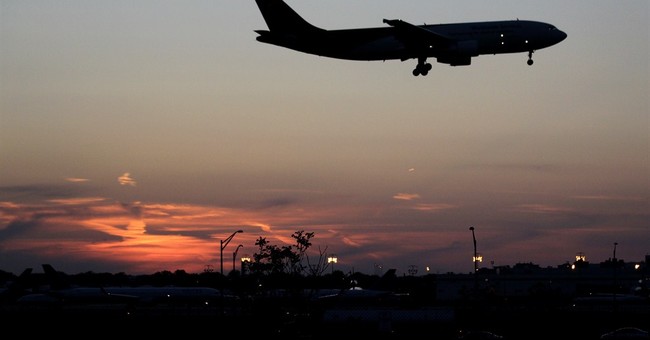 While we saw an unprecedented level of migrant families and unaccompanied minors make the long and dangerous trek from Central American to the United States last summer, as of January, the flow across the Texas border continued at nearly the same level. Now, however, some unaccompanied minors might have it a lot easier.

A new State Department and Department of Homeland Security program seeks to stop the surge of immigrant children from Honduras, Guatemala, and El Salvador at the southern border by giving their U.S.-based parents the option to apply to have their kids picked up and put on a plane, without paying a penny.

The parents are eligible as long as they have some sort of legal status. As first reported inThe Daily Caller, this would include permanent residents and even illegal immigrants given a work permit and deportation reprieve under President Obama’s recent executive actions, though much of that is on hold due to a pending court case. Of them, those with children under 21 and living in El Salvador, Guatemala or Honduras reportedly could apply.

That’s right—they’ll be getting a one-way flight into the U.S. courtesy of American taxpayers. Moreover, under this program they will be considered “refugees,” which gives them access to government benefits such as living expenses, medical care, food stamps, and more.

So far, the State Department has not provided a cost for the plane tickets, or the benefits that follow upon their arrival in America. Asked Friday about the issue, spokeswoman Marie Harf said: “The price tag? I don't know.”

"I think many Americans are going to be surprised to learn that illegal aliens here in the United States are getting the Obama administration to go and get their children and fetch them," Tom Fitton, president of the conservative watchdog group Judicial Watch, told Fox News. "And all at our expense."