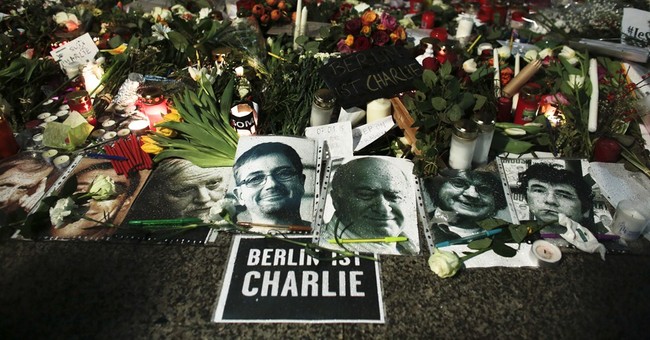 Defiant no matter the circumstances, satirical French magazine Charlie Hebdo, whose editors and cartoonists were gunned down last week in their office for mocking Mohammad, will publish more images of Islam’s prophet in its next issue, according to the magazine’s attorney Richard Malka.

"We will not give in," Malka told France Info radio. "The spirit of 'I am Charlie' means the right to blaspheme."

The remaining staff members will publish an eight-page issue on Wednesday, half the size of its last one. And thanks to generous donations, 1 million copies will be printed, a roughly 16-fold increase from its normal circulation number of 60,000.

“Although cartoonists from all over the world have offered their work, we took the view it would be important to produce it all ourselves, using the crew remaining,” Malka added.

Caroline Fourest, a contributor to the magazine, told NBC News that while the survivors are in shock, they’re determined to move forward with the next issue. Doing so will send a powerful message, she said: “you can kill our friends, you cannot kill freedom of speech.”

No stranger to threats, Fourest said Hebdo took precautions for a bomb or arson attack, but not jihadists storming the building.

"Of course we knew the risk that everybody was taking," she said. "No one would imagine that they could put automatic guns on the heads of people."

And the tragic irony in the attack?

Fourest told NBC News that the editorial staff had been debating cartoons to demonstrate the scope of racism against Muslims in France. That made the attack, an apparent act of revenge for insulting Islam, even harder to believe.

When the staff heard a strange noise, they thought it was "a stupid joke" at first, she said. "And it was very, very real."

Rather than silence the magazine, as the jihadists were clearly trying to do, they achieved the exact opposite, she said.

“They try to kill Charlie Hebdo, they make Charlie Hebdo the most famous newspaper in the world ... how stupid they are.”