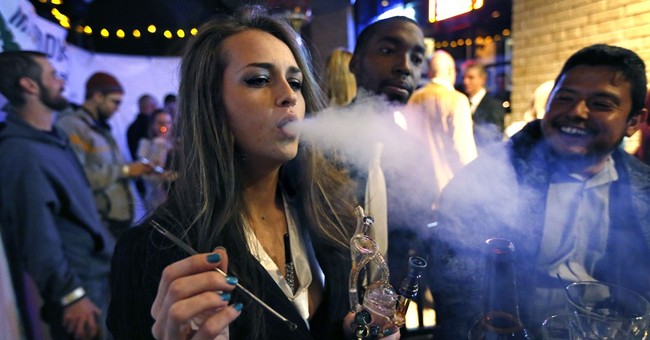 There are plenty of studies out there demonstrating the effects long-term marijuana use has on users, but for the first time, researchers at Northwestern University looked into the relationship between casual marijuana use and brain changes. What they discovered, which was published in the Journal of Neuroscience, is significant. The researchers found that young adults who used marijuana even once or twice a week showed “significant abnormalities in two important brain structures,” Fox News reports.

“There were abnormalities in their working memory, which is fundamental to everything you do,” Dr. Hans Breiter, co-senior study author and professor of psychiatry and behavioral sciences at Northwestern University Feinberg School of Medicine, told FoxNews.com. “When you make judgments or decisions, plan things, do mathematics – anything you do always involves working memory. It’s one of the core fundamental aspects of our brains that we use every day. So given those findings, we decided we need to look at casual, recreational use.”

FoxNews.com has the details:

For their most recent study, Breiter and his team analyzed a very small sample of patients between the ages of 18 and 25: 20 marijuana users and 20 well-matched control subjects. The marijuana users had a wide range of usage routines, with some using the drug just once or twice a week and others using it every single day.

According to Breiter, all three were abnormal in the casual marijuana users.

“For the NAC, all three measures were abnormal, and they were abnormal in a dose-dependent way, meaning the changes were greater with the amount of marijuana used,” Breiter said. “The amygdala had abnormalities for shape and density, and only volume correlated with use. But if you looked at all three types of measures, it showed the relationships between them were quite abnormal in the marijuana users, compared to the normal controls.”

Because these brain regions are central for motivation, the findings from Northwestern help support the well-known theory that marijuana use leads to a condition called amotivation. Also called amotivational syndrome, this psychological condition causes people to become less oriented towards their goals and purposes in life, as well as seem less focused in general.

Since the results were alarming, Breiter stressed that more studies need to be done examining a larger study sample, to see what happens longitudinally, to determine what the effects on the brain are if users quit, and so on.

“This study is just a beginning pilot study, but at the same time, the results that came out are the same as a canary in a coal mine,” Breiter told FoxNews.com. “...The interaction of marijuana with brain development could be a significant problem.

As many states consider following Colorado and Washington’s lead in legalizing recreational marijuana use, more research in this area is especially critical.