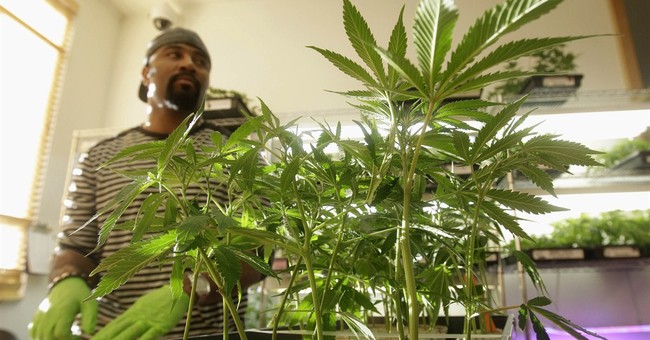 There’s no denying that the public is increasingly favoring the legalization of marijuana. According to recent a George Washington University poll, 73 percent support making medical marijuana available in their state and 53 percent favor decriminalization for possession of marijuana. The survey of 1,000 likely voters also found that if there was a proposal on the ballot to legalize the use of marijuana, 39 percent would be “much more likely” to vote in that election, while 30 percent said they would be “somewhat more likely”—numbers that aren’t lost on Democratic strategists.

The numbers are encouraging to Democratic pollster Celinda Lake, who conducted the survey with GOP pollster Ed Goeas, because Democrats historically have a tougher time than Republicans in turning out voters in non-presidential election years.

"Which is why you can imagine we're very excited about our marijuana numbers in this poll, not only for personal consumption to get through this election, but in terms of turnout," Lake quipped. […]

"What's really interesting and, I think, a totally unwritten story is that everyone talks about marriage equality hitting a tipping point (of acceptance). Marijuana is hitting the tipping point. It's really astounding about how fast it's moved," Lake said

Thus far, 20 states plus the District of Columbia allow for medical marijuana programs. Colorado and Washington, however, became the first states to legalize marijuana possession for recreational use, and more than a dozen states are considering following suit. This year, at least six states are expected to have marijuana questions on the ballot, the National Journal reports.