Green Hypocrisy: CEO of Virgin Airlines Says Global Warming Skeptics Should ‘Get Out of Our Way’ 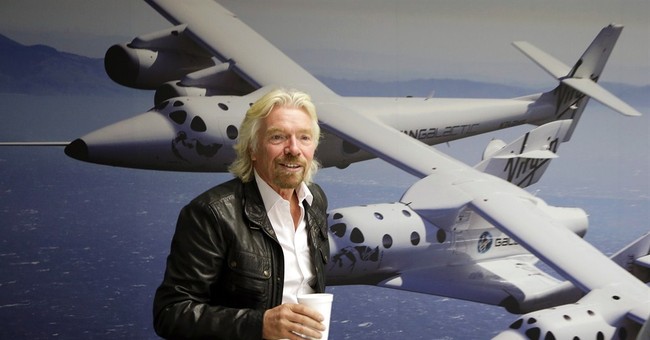 Richard Branson, the CEO of Virgin, recently said that climate change deniers should “get out of our way.” The comment comes after Apple CEO Tim Cook said earlier this month that global warming skeptics should not buy shares in his firm. But the Daily Caller pointed out that Branson’s statement is, well, just a bit hypocritical to say the least.

Virgin CEO Richard Branson may be championing green business investments but his airline empire has emitted more than 7.1 million metric tons of carbon dioxide into the atmosphere over the years.

Branson recently took to his blog to decry global warming denialism, saying that those who are skeptical of mankind’s effect on the planet should “get out of our way.” But Branson’s own airline companies have emitted millions of metric tons of carbon into the atmosphere.

I think it’s a good time to revisit this video of filmmaker and journalist Phelim McAleer pointing out the hypocrisy of environmentalists at the UN Climate Change Conference in 2009.