Piers Morgan: Say, Isn't Ambassador Stevens to Blame For His Own Death In Benghazi? 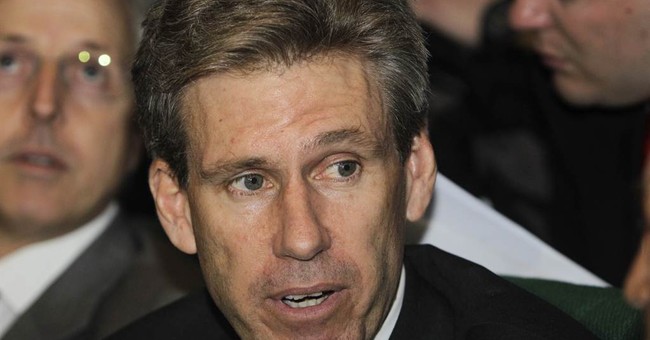 A bipartisan Senate intelligence committee report on Benghazi was released this week, which placed blame on the State Department and intelligence agencies for the failures that led to the death of four Americans on Sept. 11, 2012. Discussing the report’s findings with Piers Morgan, Sen. John McCain laid into the State Department and former Secretary of State Hillary Clinton for their mishandling of the situation—but that’s when things took a rather unusual turn.

Morgan actually attempted to deflect some of the blame to Ambassador Chris Stevens, who was killed during the attack:

Morgan: When you actually get into the weeds of this pretty lengthy report, it also is very clear that one of the people who may be most to blame for not reacting to the threat and for increasing security despite being urged to repeatedly was the ambassador himself. And obviously you don't want to speak ill of a man who was killed in such appalling circumstances, but is it fair to also say that he as the ambassador should have done more to react to direct warnings that he was given on numerous occasions?

McCain: Well, I think it's important to point out that he had asked for additional assistance. What he turned down was additional military assistance. But he certainly sounded a number of warnings about the deteriorating situation, including ten terrorist organizations, outfits, that were right there in Benghazi. So I think that Christopher Stevens, Chris was very aware of the threat. He did make the State Department aware of that. And the only time he really turned down help was when it was uniform military assistance that was offered.