Leno: It’s Easier to Sign Up for Al Qaeda Than Obamacare 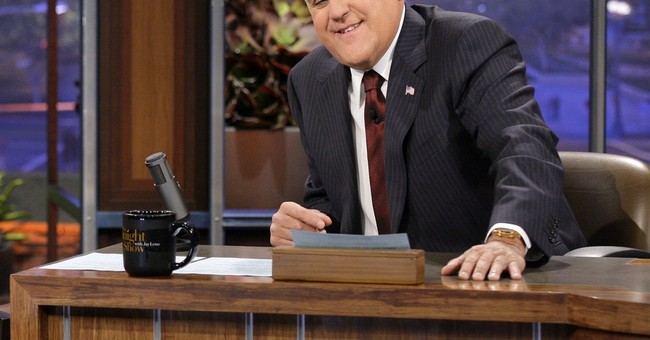 For comedians, Obamacare’s disastrous rollout has meant there’s been no shortage of material. Jon Stewart, Jimmy Kimmel and Stephen Colbert have all ripped Obamacare in the last few weeks, but Jay Leno knocked it out of the park on Tuesday with this one:

JAY LENO: Here’s a very disturbing story. You may have heard about this. 25-year-old man in New York arrested for trying to join al Qaeda. Well, here is the amazing part. He said it was still easier to join al Qaeda using their website than it was to sign up for ObamaCare. And he was in! He was in, in like, two minutes! [Laughter and applause]

Well, President Obama said yesterday, when it comes to all the problems with the ObamaCare website, he said, "No one is madder than me." So apparently he hasn't met any of these Republicans, I guess. [Laughter]

And of course, you know, today, boy, it's, and you know, it is hard, because today there were more problems with the website. It seems when you type in your age, it's confusing, because it's not clear if they want the age you are right now or the age you'll be when you finally log in. [Laughter] So there’s a period there. [Applause]