Chambliss: Obama’s Speech Will Be “Viewed by Terrorists as a Victory” 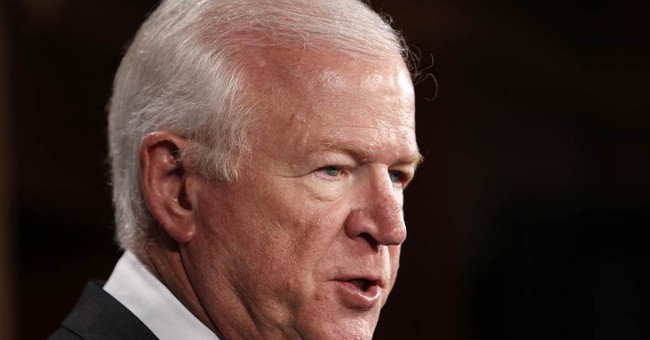 Although the president’s counterterrorism speech on Thursday may have been nothing more than an attempt to distract the American public and news media from the three scandals plaguing his administration, Sen. Saxby Chambliss believes the speech was significant in the sense that it will be “viewed by terrorists as a victory.”

The senior Republican on the Senate Intelligence Committee said President Obama's national security speech will be "viewed by terrorists as a victory."

Sen. Saxby Chambliss (Ga.) made the remarks in a statement released moments after Obama's speech. He focused his criticism on Obama's plans to move toward closing the Guantanamo Bay detainee camp.

"We knew five years ago that closing Guantanamo was a bad idea and would not work," Chambliss said. "Yet, today’s speech sends the message to Guantanamo detainees that if they harass the dedicated military personnel there enough, we will give in and send them home, even to Yemen.

Fifty-six of the 166 detainees are from Yemen--where AQAP operates. Republicans cautioned that the release of detainees to the country ‘still carries too great of a security risk’ given the fact that 25 percent of the detainees released from Guantanamo have gone back into the fight. But pressure is mounting on the Obama administration to close Guantanamo as the remaining prisoners have begun a hunger strike.

House Armed Services Chairman Buck McKeon (R-Calif.) said that to close Guantánamo, he wants to know “what the president intends to do with those terrorist detainees who are too dangerous to release but cannot be tried; how he will ensure terrorists transferred overseas do not return to the fight, and what he will do with terrorists we will capture in the future.”