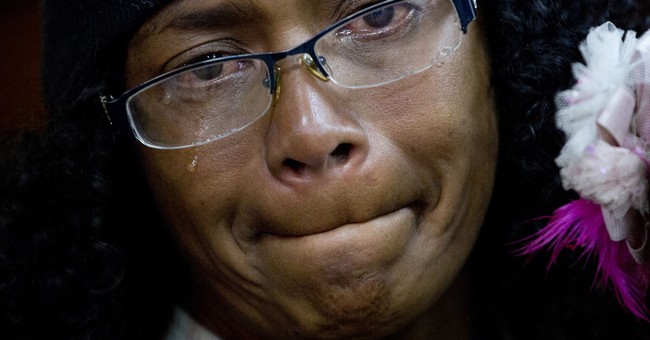 Many politicians, celebrities, and organizations marked International Women’s Day Friday with uplifting stories of successful women. The origins of this day date back to 1909 when it was first observed by the Socialist Party of America. So has socialism advanced the rights of women worldwide? In light of the increased attention that the policies of Democratic socialists like Sen. Bernie Sanders (I-VT) have gotten in the U.S., here’s a look at how women fare in some of the socialist countries once praised by Sen. Sanders.

Recently, Sanders refused to call Venezuela’s Nicolas Maduro a dictator and would not say whether he recognized Venezuelan leader Juan Guaidó as the country’s interim president. Sanders also once featured an article praising Venezuela in the “Must Reads” section of his Senate website in 2011, calling it "more equal" than the U.S.

“These days, the American dream is more apt to be realized in South America, in places such as Ecuador, Venezuela and Argentina, where incomes are actually more equal today than they are in the land of Horatio Alger,” the article said asking, “Who's the banana republic now?”

So how are women faring in the socialist country on this International Women’s Day?

The human rights group Amnesty International recently blamed Venezuela’s government and Nicolas Maduro for the country “going through one of the worst human rights crises in its history,” noting that 87 percent of the country lives in poverty. Venezuela is facing severe food and energy shortages with starving people resorting to eating zoo animals and rats.

Vulnerable women are suffering, including from a 65 percent increase in the country’s maternal mortality. CNN noted recently that Venezuelan women have turned to prostitution to feed their families. One woman complained that in Venezuela “as a certified nurse, 15 days' work only earned her enough to buy a bag of flour.”

Some Venezuelan women have even resorted to selling their hair and breast milk after fleeing to Colombia and Amy Roth Sandrolini, Chief of Staff at The Exodus Road, a U.S.-based organization dedicated to fighting human trafficking, told Fox News that these women “become vulnerable to being recruited, to become victims of human trafficking.”

However, as noted by the Miami Herald, some of these women simply don’t survive the journey from Venezuela.

Sanders once traveled to the socialist country of Nicaragua in the 1980s and has faced scrutiny for a resurfaced video in which he praised the country.

“The basic ‘crime’ being committed by the people of Nicaragua today is that the government there has the strange and unusual idea that they should attempt to do something for the people of Nicaragua rather than for the United States corporations,” he said in a speech. "It’s a very strange idea for an independent nation to have.”

When he was asked about the food shortages in Nicaragua during the Sandinistas’ regime, Sanders argued that bread lines were a “good thing.”

“It’s funny, sometimes American journalists talk about how bad a country is, that people are lining up for food,” he said at the time. “That is a good thing! In other countries people don’t line up for food: the rich get the food and the poor starve to death.”

How have women fared recently in Nicaragua under leftist leader Daniel Ortega?

A Human Rights Watch report noted recently that Nicaragua's government commits “egregious abuses against critics and opponents with complete impunity. A crackdown by national police and armed pro-government groups in 2018 left 300 dead, over 2,000 injured, and hundreds arbitrarily arrested and prosecuted.”

“National Police subjected protesters to abuses that at times amounted to torture, including beatings, waterboarding, electric shocks, and rape,” the report added.

UN Women issued a statement in December expressing its concern “in face of the acts of violence, intimidation and harassment against women human rights defenders and women’s organizations in Nicaragua. Several civil society organizations have been raided and their legal status withdrawn.”

History provides countless more examples of women’s “rights” under other socialist regimes, ones that Sanders also praised, such as the Soviet Union and Cuba. As recently as a 2016 presidential debate, Sanders argued that "it would be wrong not to state that in Cuba they have made some good advances in healthcare, they are sending doctors all over the world," and, "they have made some progress in education."

Sen. Sanders has boasted about his apparent success in pushing the Democratic party to the left on socialist policies like Medicare for All and free college tuition. He also promised his own “Green New Deal,” a policy originally floated by leftist Rep. Alexandria Ocasio-Cortez (D-NY). That resolution to combat climate change is rife with socialist proposals and, in addition to overhauling the country’s transportation sector to remove pollution, calls for providing all people in the U.S. with “high-quality health care” and “economic security.”

President Trump and Vice President Mike Pence both argued against these policies at the 2019 Conservative Political Action Conference recently.

“Under the guise of Medicare-for-all and a Green New Deal, Democrats are embracing the same, tired economic theories that have impoverished nations and have stifled the liberties of millions over the past century,” Pence argued. “That system is socialism.”

Rep. Cathy McMorris Rodgers (R-WA) is one woman that has drawn attention to the oppression people face in Nicaragua and Venezuela which she says are a direct result of socialist policies.

"The reality that socialist and communist regimes destroy the human rights of women and girls cannot be ignored on International Women’s Day,” she told Townhall Friday. “We should celebrate American values of freedom, free markets, and self-determination that have empowered women to shine and find opportunities to pursue our dreams."

Share this on Facebook
Tweet
Buttigieg on Criticism Over Comments About Racist Roads: ‘the Point Is Not to Make America Feel Guilty’
Landon Mion
Fauci Says 'We're Going to Have to Start Living with COVID' Because It Won't Be Eradicated
Landon Mion
Fauci Fear Mongers on XI Variant and Warns Lockdowns Could Be Coming
Katie Pavlich
Joe Biden Caught Maskless Indoors, Yet Again
Rebecca Downs
South African Doctor Who Raised Alarm About Omicron Variant: 'Symptoms Were So Different And So Mild'
Rebecca Downs
Just Released CDC Data Shows Abortions Have Increased Thanks to a Particularly Dangerous Method
Rebecca Downs
CARTOONS | Bob Gorrell
View Cartoon
Most Popular