Manning in Custody After Refusing to Testify in WikiLeaks Case 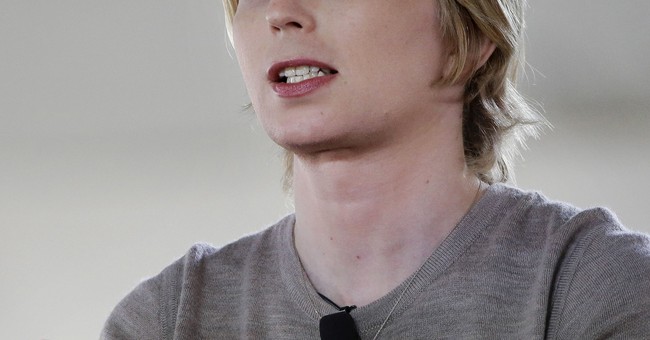 Objecting to the secrecy involved in the grand jury process, Manning claimed to have already provided sufficient testimony at the court martial.

Manning, who is transgender and was formerly Bradley Manning, rose to national prominence after getting convicted in 2013 for giving classified government and military documents to WikiLeaks. Manning served as an intelligence analyst in Iraq and was arrested in 2010.

After serving seven years of a 35-year military sentence, then-President Barack Obama commuted Manning’s sentence in 2017 as one of his final acts as president. Manning was released from a military prison in Kansas in May 2017.

Manning's lawyers have reportedly asked that Manning be sent to home confinement instead of jail, because of medical complications. However, U.S. Marshals said they could handle Manning’s medical needs.

GOP Rep. Makes a Prediction About Biden's Presidency
Townhall
Has the Cleveland Indians’ move to rename team the ‘Guardians’ already hit a snag?
Twitchy
Congressman Reveals What He Said and Did to Officer Who Shot Ashli Babbitt
Redstate
Koozie Fail: Trump Announces His Endorsement in the Texas Attorney General Primary
PJ Media