Rep. Omar Leaves Out Some Key Details When Complaining About the Pay Gap at McDonald's 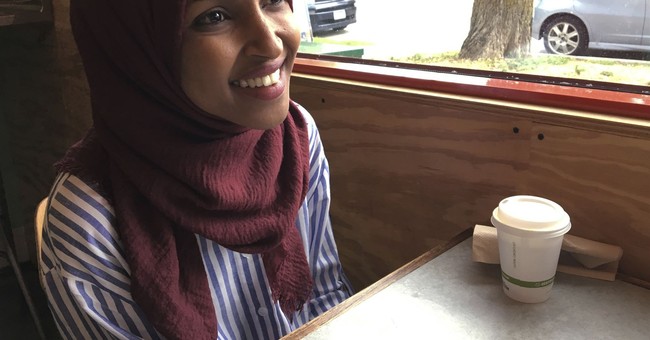 Rep. Ilhan Omar (D-MN) cited a claim about the pay gap between the CEO of McDonald’s, Steve Easterbrook, and the company’s median employee Thursday but left out some key details.

At a hearing calling for increasing the minimum wage to $15 an hour, Rep. Omar questioned Missouri McDonald’s shift manager Terrence Wise who shared that he made $11 an hour with the company.

The median pay for a McDonald's worker that year was $7,000.

This is a moral outrage. We need a $15 minimum wage so that no one is paid a poverty wage. pic.twitter.com/TIxZMlzQF6 #RaiseTheWage

Omar clearly meant 40 hours a week, not 40 hours a day and was likely getting that number about a McDonald’s worker’s median pay from this Associated Press story.

However, the part that Omar failed to mention is that “McDonald’s defines a median employee as a part-time hourly restaurant crew member in Poland, where wages are lower than in the U.S. and it didn’t use any of the exclusions allowed.”

“Companies, like McDonald’s, with global workforces and that rely on part-time or temporary employees tend to have higher pay gaps,” AP added. “Easterbrook’s pay is also based on company performance, and the company’s value grew $36 billion last year.”