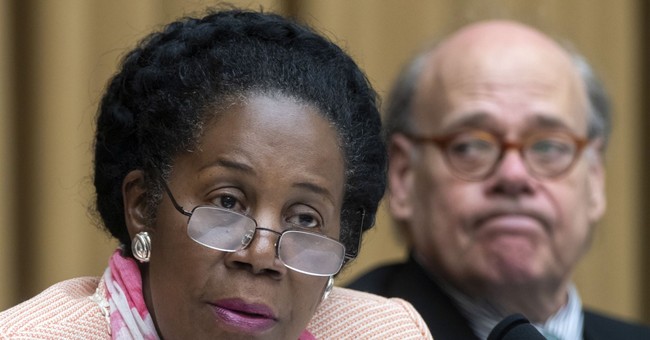 Rep. Sheila Jackson Lee (D-TX) will be resigning from her post as chair of the Congressional Black Caucus Foundation as well as a House Judiciary subcommittee chairmanship following a lawsuit from a former staffer who alleged that she was fired by Rep. Jackson Lee after making a rape complaint against a former supervisor.

The New York Times reported Wednesday that Rep. Jackson Lee “made the decision to step aside from both roles as pressure was growing within her own party to account for the claims in a Jan. 11 lawsuit brought by a woman who worked in her congressional office and who said she was sexually assaulted by a Black Caucus Foundation supervisor.”

An official familiar with the conversations told The Times that Jackson Lee’s colleagues gave her an ultimatum last week to either step down or face a vote of removal.

"We are grateful for Rep. Jackson Lee’s unswerving commitment to the Foundation, and her efforts to help shape and elevate our programming for the last two years as chair, and a number of years as a board member," CBCF interim President and CEO Elsie Scott said in a statement. "The congresswoman values the Foundation’s ideals and does not want to be a distraction during the legal proceedings of the suit filed against the CBCF."

According to the complaint, the woman, who was identified only as Jane Doe, claimed that she was fired as Rep. Jackson Lee’s special assistant and director of public engagement in retaliation after saying she would pursue legal action against the Congressional Black Caucus Foundation.

She said that in October 2015, when she was a 19-year-old Howard University student, she interned for the foundation and that the internship coordinator forced her to perform sex acts after taking her out for drinks one night.

“A foundation official, speaking under the condition of anonymity to discuss the ongoing legal case, said the foundation fired him after the 2015 incident for drinking with a minor,” according to The Times. “The internship coordinator denied to the foundation that he had any inappropriate sexual contact with the woman.”

Two years later, after she graduated from Howard, the woman began working in Jackson Lee’s office. She protested when the office considered hiring that same former internship coordinator to work in her office. She told her chief of staff, Glenn Rushing, of the “prior situation” with the prospective colleague and, according to the complaint, Rushing said he would not be hired.

After that, the woman said she saw a text message from A. Shuanise Washington, the CBC foundation’s chief executive, saying she had some “background on her.” The woman argued the text messages were a “clear reference” to her past legal claims against the Foundation.

She told Rushing in March 2018 that she planned to resume legal action against the foundation and asked to speak with Rep. Jackson Lee about it. The woman claims Jackson Lee refused to speak with her privately about the matter and said she was fired two weeks later. The office said the termination was due to “budgetary issues.”

“The Office adamantly denies the allegations that it retaliated against, or otherwise improperly treated, the plaintiff,” the office said in a statement last week. “It is against office policy to discuss specific details about internal personal matters.”

“The Congresswoman is confidant that, once all of the facts come to light, her Office will be exonerated of any regulatory or otherwise improper conduct and this matter will be put to rest,” they added. “While we still deny the allegations, we are especially concerned about Ms. Doe and only want the best for her and the many, many young people that the Congressional office has supported, encouraged, and provided opportunities to the last 20 years.”