Barbra Streisand: Female Trump Voters Don't Believe in Their Own Thoughts and Were 'Intimidated' by Hillary 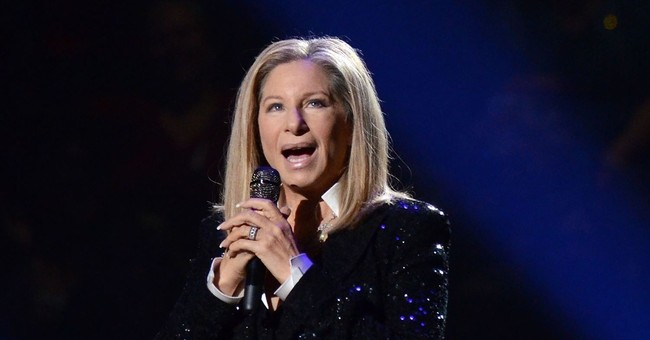 Award-winning singer Barbra Streisand accused women who voted for Trump in the 2016 election of not thinking for themselves and of being intimidated by Hillary Clinton.

When asked about the possibility that abortion access could be affected by President Trump’s appointment of Brett Kavanaugh to the Supreme Court, Streisand argued that some women want to “live in the past” on that issue.

"It’s a terribly complex thing," she said of women who voted for Trump.

"A lot of women vote the way their husbands vote; they don’t believe enough in their own thoughts,” she claimed. “Maybe that woman who’s so articulate, so experienced and so fit for the presidency [Hillary] was too intimidating.”

She continued to speculate that perhaps Hillary Clinton made women feel insecure about their own lack of accomplishments and that’s why she lost.

"Perhaps she made women feel unsuccessful,” she said.

Streisand is a very vocal critic of President Trump’s and campaigned with Hillary in 2016.

She blamed February’s Parkland school shooting on President Trump and shortly after President Trump’s election she complained that he was “making her gain weight,” due to increased stress eating since the election.