Barbra Streisand Blames School Shooting on Trump: He 'Brings Out Violence In People' 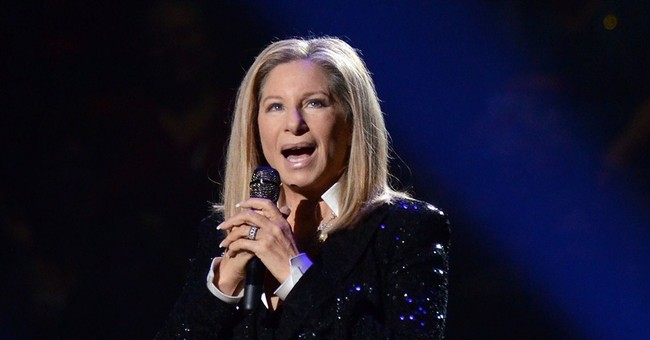 “I think even that shooter was affected because Trump brings out the violence in people,” she said. “He says, ‘It’s OK — rally, lock her up.’”

Streisand also discussed her support for Hillary Clinton, saying she believed Clinton lost the 2016 election because “they were playing with those voter machines.”

She said she was with Clinton the day she called Trump supporters a 'basket of deplorables' on the campaign trail.

“She was sick,” Streisand said, adding “I was giving her tea. I was like, ‘Here, these are good lozenges, and you’re coughing and you got to keep drinking liquids.’ I didn’t know she had pneumonia.”

“I said to her the last time I saw her, ‘You were just too smart,’” she said. “I really believe she won the election. I’ve talked to senators from Michigan and Wisconsin. I do believe, like I believed during Bush, they were playing with those voter machines. And [Al Gore] lost by 537 votes out of 104 million."

"And now, in retrospect, Bush looks quite good compared to Trump," Streisand reflected. "At least he’s not mean-spirited. He’s not a guy who is retaliating for what Obama did at the White House Correspondents’ Dinner.”

Streisand described Trump saying, “he embodies the nasty remarks he makes about other people. He’s a liar. He’s crooked.”

“Everything he called Hillary, he is,” she said.