‘Is Trump Making You Fat?’ Dietitian Writes Advice for Shedding Those ‘POTUS Pounds’ 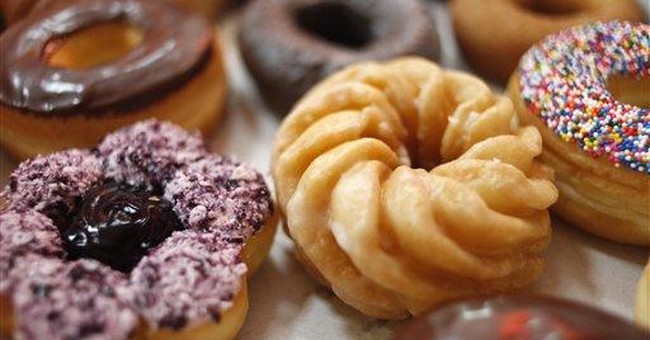 Dietitian Julie Upton provided a practical guide in U.S. News and World Report Monday for those who have gained weight due to stress eating since President Donald Trump’s presidency began.

“I've eaten an additional 16,625 calories since President Trump was sworn into office,” she writes. “At least, that's what my calculations based on my recent (and unusual) 4.75-pound weight gain tell me.”

“I'm not alone: Many of my clients, friends and colleagues are complaining about POTUS pounds. They wake up each morning wondering which crazy tweet the president has fired off, which ally he's offended, which latest conspiracy theory he's peddling or which executive order he'll sign next. Their increased anxiety triggers stress eating.”

Upton is, indeed, not alone as both Barbra Streisand and Judd Apatow have complained of Trump-related weight troubles.

Donald Trump is making me gain weight. I start the day with liquids, but after the morning news, I eat pancakes smothered in maple syrup!

“There’s so many things that are hard to hear every day that you do want to have some Oreos,” Apatow told the New York Times in January. “Like people say, what do you invest in during the Trump era? I feel like, Hostess Cakes. Most of us are just scared and eating ice cream.”

The Boston Globe noted the “Trump-related stress eating” phenomenon after Trump’s election in November, calling it the “Trump 10.”

Upton has five tips that can help those who, like Streisand and Apatow, have been turning to ice cream, Oreos, and pancakes to cope with the reality of the Trump presidency.

She advises plenty of sleep, daily weigh-ins, and planning meals ahead of time.

“Instead of staying up late to watch the "The Rachel Maddow Show" or listen to Jake Tapper give you yet another reason to worry, hit the sack early.”

She also warns against drinking alcohol which can disrupt sleep and stimulate your appetite.

“Whether you're frustrated by baseless surveillance allegations or panicked about the future of the arts, I understand the desire for a strong drink to unwind and forget about it all. But resist!”

Upton concludes with the advice that “you can't control the president's actions, but you can govern how you respond.”

‘Girls’ Actress Lena Dunham doesn’t need that advice as the Trump presidency has actually made her lose weight.

“Donald Trump became president and I stopped being able to eat food,” she told Howard Stern in a radio interview.