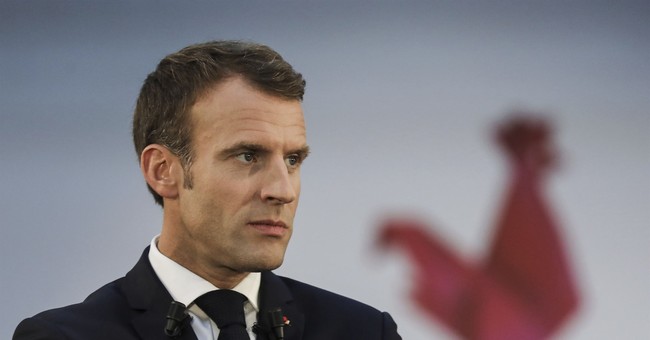 French President Emmanuel Macron got a big response from mothers all over the world after he said at a Gates Foundation event, “present me the woman who decided, being perfectly educated, to have seven, eight or nine children.”

Macron has come under fire in the past for saying Africa has a “civilizational” problem and women are having “seven or eight children.”

This week, moms and members of big families got the #PostcardsforMacron trending on Twitter to show the French president that educated woman do choose to have many children.

#PostcardsForMacron Nine college degrees so far among the humans. Our cat knows more than the President of France. pic.twitter.com/jWXm1biqcD

#postcardsforMacron My wife, a medical doctor and mother of seven ;) pic.twitter.com/0EldehPMUp

My mother has a doctorate from the University of Fribourg, Switzerland, and eight children. #postcardsforMacron @EmmanuelMacron pic.twitter.com/WWmPwY3wTZ

#PostcardsforMacron - Six children wasn't enough for this juris doctor and scholar so we welcomed another. Tx @CRPakaluk for getting us started https://t.co/AW0Z7mOv8N

@EmmanuelMacron My mother had a successful family practice and now works as an emergency physician at multiple hospitals. I am the youngest of her 8 children all of whom have university degrees themselves. Educated enough for you? #postcardsforMacron pic.twitter.com/agtH1YW7aR