President Trump Predicts: 'A Lot of Democrats Are Going to Be Voting Republican' in the Midterms 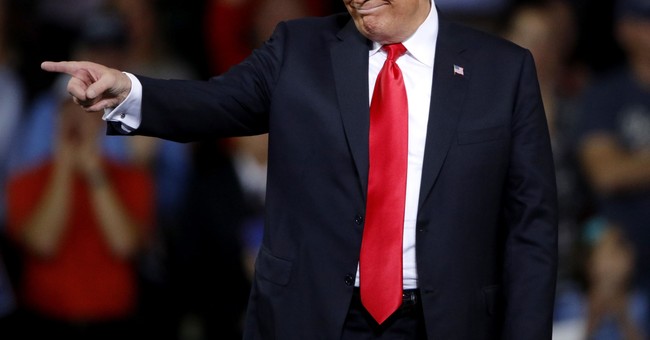 President Trump made a midterm prediction to the press Monday as he departed D.C. for an event in Florida. “I think a lot of Democrats are going to be voting Republican on Nov. 6," he said, citing the leftward tilt of the Democratic party.

.@POTUS: "I think a lot of Democrats are going to be voting Republican on November 6." pic.twitter.com/1XKuU60RvO

Venezuela is facing severe food and energy shortages under President Nicolas Maduro’s socialist regime with starving people resorting to eating zoo animals and rats. Maduro admitted in July that his economic model had failed. Inflation in the country has become so bad that $1 can buy 3.5 million liters of gasoline.

While some Democrats continue to insist that socialism is not the norm in the party, some Democratic socialist candidates have gained mainstream attention, perhaps most notably 28-year-old Alexandria Ocasio-Cortez. She was endorsed by former president Barack Obama last week.

Ocasio-Cortez defeated fourth-ranking House Democrat Joe Crowley in a June primary and her leftist agenda includes calls to abolish ICE and a push for Medicare for All.

The battle over Judge Brett Kavanaugh’s confirmation to the Supreme Court has also appeared to damage the enthusiasm edge Democrats had going into the midterms, NPR noted last week.

“In July, there was a 10-point gap between the number of Democrats and Republicans saying the November elections were "very important." Now, that is down to 2 points, a statistical tie,” they reported.