Venezuela: Where Inflation Is So Bad that $1 Can Buy You 3.5 Million Liters Of Gasoline 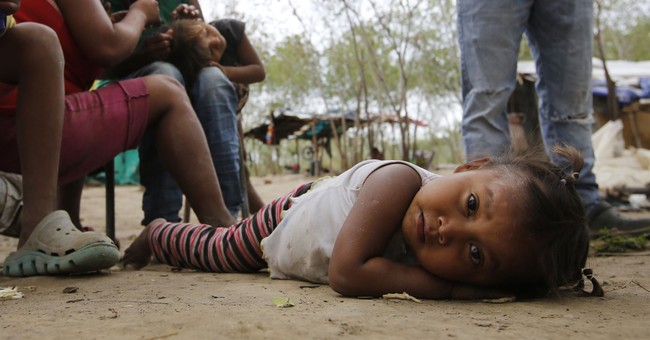 Venezuela is a total disaster. Inflation is through the roof. Medical supplies are low. Basic commodities, like toilet paper, are in short supply. Readily available medicines, which we take for granted, are not around. Crime has risen. Economic destitution abounds—and yet democratic socialists in America want to exportthat misery here. The people are starving. It’s become so bad that people are eating out of garbage cans. In some cases, Venezuelan doctors, teachers, and even children are not prostituting for food. Zoo animals, dogs, cats, and birds are being consumed. In the meantime, waiting in line at the supermarket could land you in trouble with the police. With food so scarce, people wait in line overnight to try and get something for their families. So, how bad is Venezuela’s inflation problem?

The International Monetary Fund says the rate could hit 1 million percent. No, that’s not a joke. It’s on that projected path. Right now, French news agency AFP reported that one U.S. dollar could buy 3.5 million liters of gasoline[emphasis mine]:

In Venezuela's inflation-hit economy, a single US dollar can buy 3.5 million liters of gasoline-- an absurdity that the government says it will tackle with a hike in the cost of state-subsidized fuel.

But just how far can President Nicolas Maduro go without getting his fingers burned?

Maduro announced on July 29 plans to adjust the price of gasoline and regulate sales based on the so-called "fatherland card," an electronic card that provides access to subsidies. As a first step the government began a census of motor vehicles, set to end on Sunday.

A liter of 91-octane gasoline currently costs one bolivar, while 95-octane gas costs six. By contrast, a single egg in Venezuela's hyperinflation ravaged economy -- estimated by the IMF at one million percent in 2018 -- costs 200,000 bolivars.

On July 31, AFP noted that Venezuelan President Nicolas Maduro, who took over from the late Hugo Chavez, admitted that the economy has failed:

Under-fire Venezuela President Nicolas Maduro admitted his economic model has "failed" in the wake of food and medicine shortages and public service paralysis, such as Tuesday's power failure that affected 80 percent of Caracas.

"The production models we've tried so far have failed and the responsibility is ours, mine and yours," Maduro told his ruling PSUV party congress, as Venezuela looks to tackle chronic inflation the International Monetary Fund predicted would reach one million percent this year.

The solution is nixing socialism.