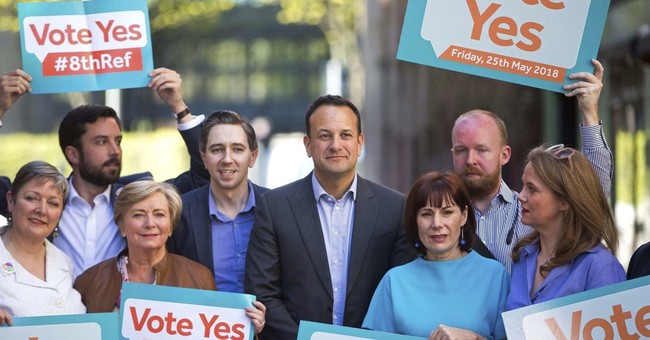 Harris explained the reasoning behind providing free abortions, the Irish Examiner reported, at the opening of a new primary care center in Dublin.

"Yes, it is my intention that the services will be free," Harris said, explaining that cost shouldn’t be a “barrier.”

"I've said from the start that I don't want cost to be a barrier, because if cost is a barrier you get into a situation where one of two things happen, you get abortion clinics to develop or you can see people having to continue to travel,” he argued.

The law could be submitted to the legislature as early as next month and could potentially be enacted by January 2019.

Dr. Ruth Cullen with Ireland’s Pro Life Campaign told the Examiner that the recent hearings on crafting the new abortion law served as a “rude awakening” for pro-lifers on its extreme nature.

“Today’s committee hearings brought into sharp focus the extreme nature of the abortion law about to be introduced. It’s a definite rude awakening for anyone who thought the law would be somewhat restrictive,” she said.

“It is clear Health Minister Simon Harris and others in government have no interest in hearing perspectives other than ones that zealously back abortion,” she added. “It is going to take time but the public will realise the full extent of the charade that is going on when the reality of what the abortion law permits starts to sink in."