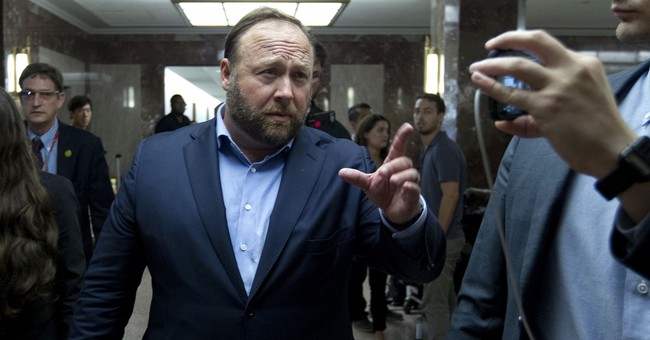 Twitter permanently banned Alex Jones and his website InfoWars Thursday. Twitter Safety explained that the ban was based on “new reports of Tweets and videos posted yesterday that violate our abusive behavior policy, in addition to the accounts’ past violations.”

Today, we permanently suspended @realalexjones and @infowars from Twitter and Periscope. We took this action based on new reports of Tweets and videos posted yesterday that violate our abusive behavior policy, in addition to the accounts’ past violations. https://t.co/gckzUAV8GL

As we continue to increase transparency around our rules and enforcement actions, we wanted to be open about this action given the broad interest in this case. We do not typically comment on enforcement actions we take against individual accounts, for their privacy.

We will continue to evaluate reports we receive regarding other accounts potentially associated with @realalexjones or @infowars and will take action if content that violates our rules is reported or if other accounts are utilized in an attempt to circumvent their ban.

The ban came shortly after Jones accosted CNN’s Oliver Darcy on Capitol Hill and livestreamed the encounter on Periscope. He also confronted Sen. Marco Rubio (R-FL) about his bans from other social media platforms Wednesday in an exchange that quickly became heated.

A Twitter spokesperson confirmed to The Daily Beast that the ban was specifically due to the Periscope video Jones posted in which he insults Oliver Darcy and accuses him of trying to censor and control internet content.

Jones is an infamous conspiracy theorist who faced censure and a defamation lawsuit for saying the mass killing at Sandy Hook Elementary in 2012 was fake. He was also recently suspended by both Facebook and YouTube.