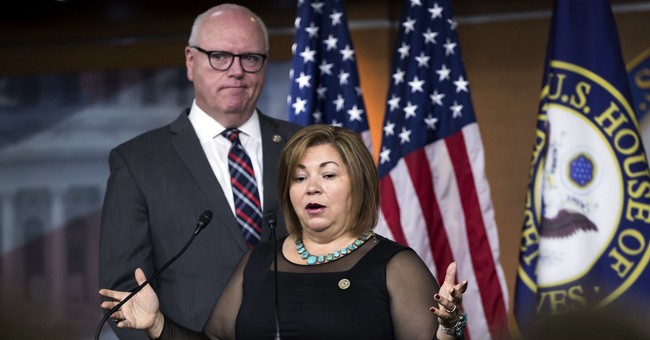 “I am encouraged by the conversations I have had with many members about continuing that work,” Sanchez wrote in a letter to colleagues, “and I am pleased to announce that I will run for House Democratic Caucus Chair for the 116th Congress.”

"As a caucus we are all focused on securing an effective Democratic majority in the next term,” Sanchez added. “If the American people instill their trust in House Democrats, we must show them that we are ready to lead on the first day."

She emphasized that she is "committed to doing everything I can to put the Democratic Caucus in the strongest position as we fight to take back the majority and maintain it for years to come."

Sanchez has been a vocal critic of Democratic leadership. Last week she pointed out that House Minority Leader Nancy Pelosi (D-CA), Minority Whip Steny Hoyer (D-MD), and Assistant Minority Leader James Clyburn (D-SC), are all in their 70s, telling reporters that it’s time for a “generational change” in leadership.

Crowley praised Sanchez in a statement Tuesday but did not offer his endorsement. He stopped short of endorsing Pelosi’s potential bid for speaker earlier this week as well.

"Linda Sánchez is a dear friend, a battle-tested member, and a fierce advocate for working families," he said. “As my partner in leading the House Democratic Caucus, Linda has helped expand the caucus' outreach and services for our members and has been an insightful voice in developing strategy and messaging. She is an extremely valuable part of the Democratic leadership team and has a bright future in our caucus."