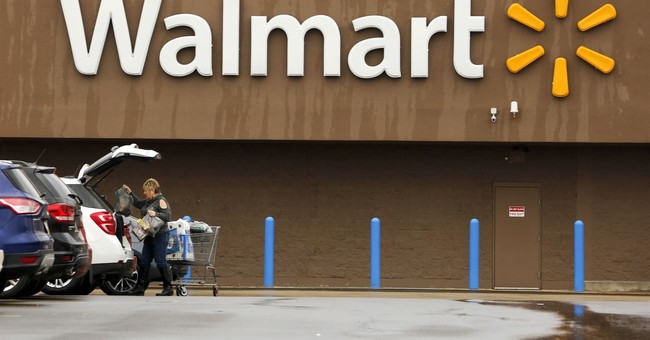 Walmart pulled some controversial anti-Trump “Impeach 45” clothing from its website Tuesday evening after the store faced backlash over the apparel.

"These items were sold by third party sellers on our open marketplace, and were not offered directly by Walmart. We’re removing these types of items pending review of our marketplace policies," a Walmart spokesperson told Fox News.

Old Glory was the third party seller of the apparel on Walmart's website.

ALL of our Trump shirts (supportive and satirical) are available on our site. One of the great things about being an American is the Freedom of Peaceful Expression (the free speech part of the Constitution). We fully support every citizen's Constitutional rights, hence our name. pic.twitter.com/GrXvwBpMgB

Ryan Fournier, chairman of Students for Trump, initially called attention to a white shirt with the logo “Impeach 45” on the Walmart website. A #BoycottWalmart trend then began on Twitter over the merchandise.

.@walmart why are you selling Impeach 45 baby clothes on your website?????

What kind of message are you trying to send? https://t.co/PwI4nCVAZx

Trump campaign manager Brad Parscale tweeted that there was “no need to boycott” shortly after Walmart pulled the items.

No need to boycott. @Walmart has assured me that the merchandise will be down as soon as possible. It was not deliberate. Thank you @Walmart for doing the right thing! https://t.co/3idCTXIoCA