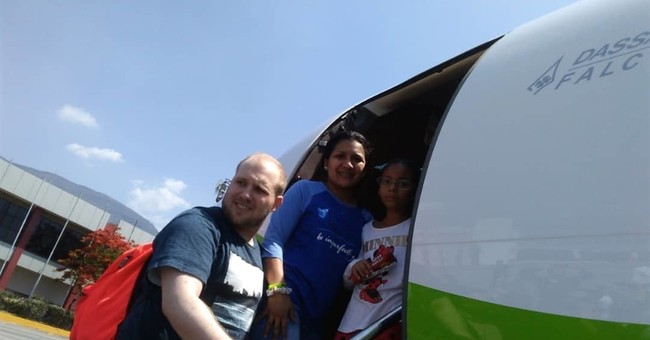 Sen. Orrin Hatch (R-UT) shared the heartwarming moment Saturday that Utah native Joshua Holt and his wife were reunited with his parents after two years of imprisonment by the Venezuelan government.

Holt, a Mormon, flew to Venezuela to marry Venezuelan resident Thamara Holt, who he had met online. Venezuela has held Holt and his wife on weapons charges without a trial since 2016.

Holt’s parents, Jason and Laurie Holt, expressed their gratitude and eagerness to be reunited with their son.

“As announced by the president, our son and his wife will be released today. We thank you for your collaboration during this time of anguish,” the Holt family said before meeting their son at the airport. “We ask that you allow us to meet with our son and his wife before giving any interviews and statements. We are grateful to all who participated in this miracle.”

The couple was released shortly after Senate Foreign Relations Committee Chairman Bob Corker (R-TN) met with Venezuelan President Nicolas Maduro. He said in a statement that, at Sen. Hatch’s request, he began discussions with the Venezuelan government about Holt earlier this year and was “honored to play a small role in bringing Josh and his wife home to the United States.”

My full statement on the release of Josh and Thamy Holt: pic.twitter.com/FsJlzpDy4v

The couple will be meeting with President Trump at the White House this evening.