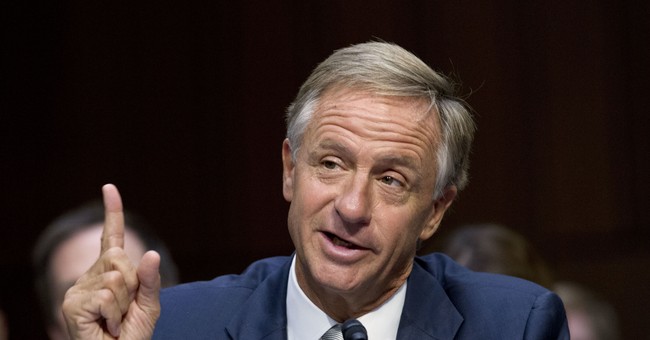 Tennessee Governor Bill Haslam (R) announced Monday that he will allow a ban on sanctuary cities to become law without his signature.

The ban, which passed the state House and Senate by veto-proof numbers in April, requires local law enforcement officials to comply with U.S. Immigration and Customs Enforcement requests to hold immigrants for purposes of deportation. It would not take effect until January 2019.

"I think the best thing for the state to do with this decision is to move on from it," Haslam told reporters Monday.

Haslam decided against signing the measure because he believed that doing so would be tacitly admitting that there was an issue with sanctuary cities in Tennessee. He said he also didn’t want to veto the measure because that would prolong the debate on it.

He explained that, despite the debate and controversy surrounding the proposal, it doesn’t change much for the state.

"We spent a lot of time looking at what are the legal ramifications of this,” he said, “and we became convinced that really other than expressly stating what was already allowed (it) didn't change (much)."

The American Civil Liberties Union of Tennessee executive director Hedy Weinberg claimed Monday that “by allowing this bill to become law, the governor has ensured that thousands of Tennesseans will be forced to live in the shadows, in fear of reporting when they are victims or witnesses to crimes and undermining local law enforcement’s ability to use their discretion and resources in the way that they believe best protects public safety in their local community.”