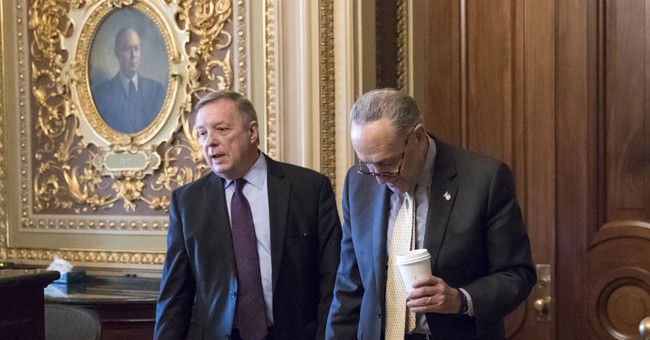 Illinois Bishop Thomas Paprocki of the Diocese of Springfield responded in a very strong way last week to Sen. Dick Durbin (D-IL) voting against legislation that would’ve banned abortion after 20 weeks, the point at which science increasingly shows unborn babies can feel pain. Paprocki said Durbin could not receive communion until he “repents of this sin.”

“Fourteen Catholic senators voted against the bill that would have prohibited abortions starting at 20 weeks after fertilization, including Sen. Richard Durbin, whose residence is in the Diocese of Springfield in Illinois,” Bishop Paprocki said in a statement.

“In April 2004, Sen. Durbin’s pastor, then Msgr. Kevin Vann (now Bishop Kevin Vann of Orange, CA), said that he would be reticent to give Sen. Durbin Holy Communion because his pro-abortion position put him outside of communion or unity with the Church’s teachings on life,” he wrote. “My predecessor, now Archbishop George Lucas of Omaha, said that he would support that decision. I have continued that position.”

Paprocki went on to cite the official teaching of the Catholic Church on the matter as well as guidance from the United States Conference of Catholic Bishops (USCCB).

“Canon 915 of the Catholic Church’s Code of Canon Law states that those ‘who obstinately persist in mani­fest grave sin are not to be admitted to Holy Communion,’” he said. “In our 2004 Statement on Catholics in Political Life, the USCCB said, ‘Failing to protect the lives of innocent and defenseless members of the human race is to sin against justice. Those who formulate law therefore have an obligation in conscience to work toward correcting morally defective laws, lest they be guilty of cooperating in evil and in sinning against the common good.’”

“Because his voting record in support of abortion over many years constitutes “obstinate persistence in manifest grave sin,” the determination continues that Sen. Durbin is not to be admitted to Holy Communion until he repents of this sin,” the bishop concluded. “This provision is intended not to punish, but to bring about a change of heart. Sen. Durbin was once pro-life. I sincerely pray that he will repent and return to being pro-life.”

The Pain Capable Unborn Child Protection Act failed in the Senate in January with a vote of 51-46 in favor, failing to reach the 60 votes required to advance to a final vote.

Shortly after the bill’s passage in the House, The Washington Post fact checked the claim that the U.S. is one of just seven countries in the world to allow elective abortion after 20 weeks gestation and found it to be true.