Florida Rep. Tom Rooney Latest Republican to Announce He Is Not Running for Re-election 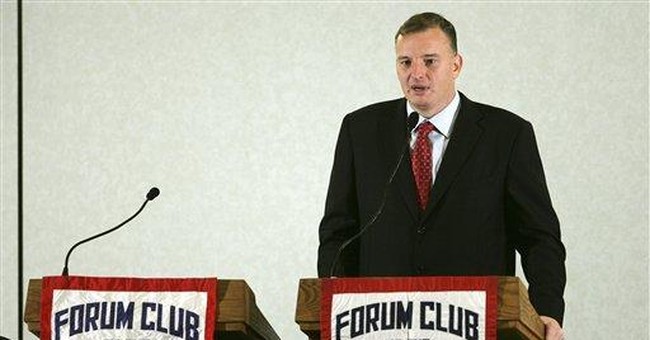 Rep. Tom Rooney (R-FL) is the latest Republican to announce his retirement from Congress at the end of his current term.

“After what will be 10 years in the United States Congress representing the good people of Florida’s Heartland, it’s time to ‘hang ‘em up’ as my old football coach used to say,” Rooney said in a statement Monday. “I will not be running for re-election to Congress in 2018. Thank you to all of my constituents for allowing me to serve you in Washington. It has been the honor of a lifetime."

“I look forward to serving Florida again in the future in a different capacity,” he added.

In his announcement, Rooney also thanked his family, saying, "You have sacrificed so much so I could follow my dreams. Now it's time for me to better support yours."

Rooney has expressed frustration with partisanship on the Hill, telling Politico "HPSCI (House Permanent Select Committee on Intelligence) is poison right now.” He likened the fued over the Russia probe to “cancer,” and even suggested an intervention from House leadership.

Rooney is now the fourth Republican on the House Intelligence Committee to announce his retirement from Congress. House Intelligence Chairman Trey Gowdy (R-SC), Rep. Ileana Ros-Lehtinen (R-FL), and Rep. Frank LoBiondo (R-NJ) have all said that they will be leaving Congress at the end of their terms.

A record number of House Republicans are leaving Congress this year, some to seek higher office and some who plan to retire permanently. Many committee chairmen are retiring as they hit the GOP term limit of serving three consecutive two-year terms as committee chairs.