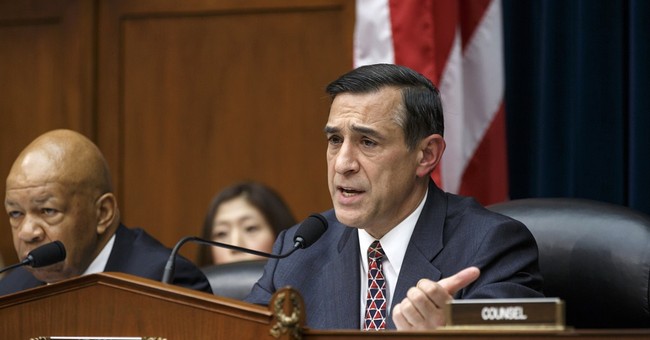 A record number of Republicans are leaving the House of Representatives in 2018, either to retire or to seek higher office. A total of 31 House Republicans will not be running for re-election in 2018 with Rep Darrell Issa's (R-CA) retirement announcement Wednesday.

There are different factors going into each member’s retirement decision. Eight committee chairmen are retiring as they hit the GOP term limit of serving three consecutive two-year terms as committee chairs. Twelve are retiring to run for a higher office such as senator or governor.

On the Senate side, Senators Jeff Flake (R-AZ), Bob Corker (R-TN), and Orrin Hatch (R-UT) are retiring. However, the departures may not prove significant as ten Senate Democrats are up for re-election in 2018 in states that President Trump won and only two races, Flake in Arizona and Sen. Dean Heller in Nevada, look vulnerable for Republicans.

Roll Call points out that the exodus isn’t as dire as some would paint it, showing that historically at the end of each cycle an average of 22 members of the House of Representatives have retired without seeking higher office.

The New York Times also pointed out that the exodus of Republicans in the House “hasn’t brightened Democrats’ prospects quite as much as the total number of retirements might suggest” since even though “a relatively high number of Republicans have retired in competitive districts” that number “is still not out of the ordinary.”

“In fact, Democrats, who need a net gain of 24 seats to take control of the House, have almost the same number of vulnerable incumbents retiring,” they add.

See the full list of Republicans who announced retirement this year here.