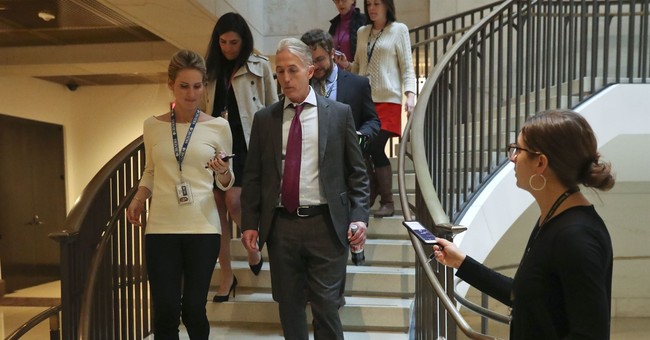 Rep. Trey Gowdy (R-SC) announced his retirement from Congress in a Twitter statement Wednesday. Gowdy, an attorney and former prosecutor, wrote that he will be returning to serving in the justice system. He wrote that he will not be seeking re-election when his term ends.

“Whatever skills I may have are better utilized in a courtroom then in Congress,” he wrote, “and I enjoy our justice system more than our political system.”

Gowdy, Chairman of the House Oversight and Government Reform Committee, is the ninth GOP committee chairman to announce retirement this year.

Here is his full statement:

There is a time to come and a time to go. This is the right time, for me, to leave politics and return to the justice system. Full statement here ? pic.twitter.com/7I8AApqvs1

UN Ambassador Nikki Haley tweeted a thank you to Gowdy for his contributions and friendship.