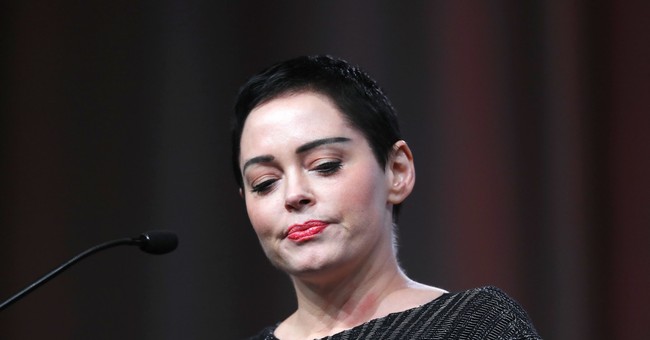 Actress and activist Rose McGowan lashed out at Hollywood’s show of solidarity with the #MeToo movement Sunday, writing that “not one of those fancy people wearing black to honor our rapes would have lifted a finger” had she and others not spoken out against Weinstein. McGowan brought the #MeToo movement into the forefront this past year by speaking out in the initial New York Times report detailing settled sexual harassment and assault claims against Harvey Weinstein.

McGowan has been very vocal on Twitter against Weinstein and in support of the #MeToo movement against sexual harassment. She has also been calling out Hollywood stars that she considers to be hypocritical by name.

McGowan was replying Sunday to a tweet by actress Asia Argento, another alleged Weinstein victim, who voiced her support to McGowan as the Golden Globes were getting underway.

“No one should forget that you were the first one who broke the silence,” Argento wrote. “Anyone who tries to diminish your work is a troll and an enemy of the movement. You gave me the courage to speak out. I am on your side until I die.”

McGowan called out Streep by name in December for her work with Weinstein, writing "actresses, like Meryl Streep, who happily worked for The Pig Monster, are wearing black @GoldenGlobes in a silent protest. YOUR SILENCE is THE problem. You’ll accept a fake award breathlessly & affect no real change. I despise your hypocrisy. Maybe you should all wear Marchesa."

Streep responded saying the criticism hurt but that she hadn’t known about Weinstein’s predatory behavior. McGowan has since removed the tweet.

Streep told The New York Times last week that she doesn’t want to hear about her own silence when it comes to sexual harassment.

McGowan has also called out actor Ben Affleck for hypocrisy and complicity with Weinstein in the past.

Both Affleck and Streep attended the Golden Globes Sunday in black to honor the #MeToo movement. Streep even explained the importance of her choice of attire.