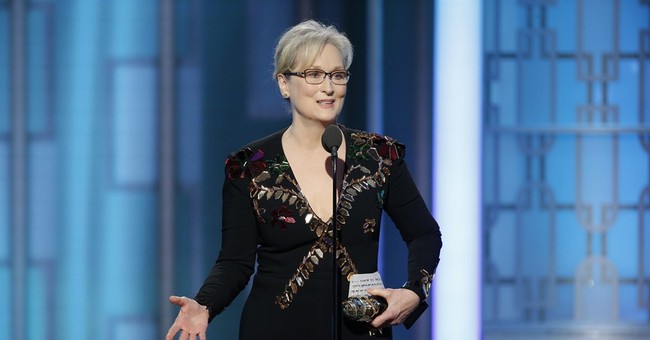 Weinstein accuser Rose McGowan called out Streep by name in December for her work with Weinstein, writing "actresses, like Meryl Streep, who happily worked for The Pig Monster, are wearing black @GoldenGlobes in a silent protest. YOUR SILENCE is THE problem. You’ll accept a fake award breathlessly & affect no real change. I despise your hypocrisy. Maybe you should all wear Marchesa."

Streep responded saying the criticism hurt but that she didn’t know about Weinstein’s predatory behavior. McGowan has since removed the tweet.

“I don’t have a Twitter thing or – handle, whatever,” Streep told The Times. “And I don’t have Facebook. I really had to think. Because it really underlined my own sense of cluelessness, and also how evil, deeply evil, and duplicitous, a person he (Weinstein) was, yet such a champion of really great work.”

“People are so inscrutable on a certain level,” she added. “And it’s a shock. Some of my favorite people have been brought down by this, and he’s not one of them.”

Streep also briefly alluded to her own experiences of sexual harassment saying, “I have experienced things, mostly when I was young and pretty. Nobody comes on to me [now]. So I wouldn’t have had that more recently. But back in the day, when everybody was doing cocaine, there was a lot of [expletive] behavior that was inexcusable.”

“But now that people are older, and more sober, there has to be forgiveness, and that’s the way I feel about it,” she emphasized. “I do think if the world is going to go on, we have to find out a way to work together, and know that it’s better for men if they respect us deeply as equals.”

Meryl Streep made headlines at The Golden Globes last January when she attacked President Trump in her award acceptance speech for his campaign rhetoric and hostility to the press.