Trump Jr. on Bannon: 'The Mooch Pretty Much Nailed It' 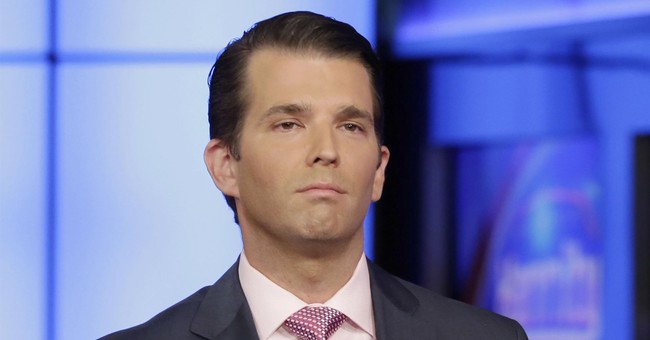 Minus the foul language The Mooch pretty much nailed it. https://t.co/lVLP3p4XPT

“I’m not Steve Bannon, I’m not trying to suck my own c---. I’m not trying to build my own brand off the f---ing strength of the president. I’m here to serve the country,” Scaramucci said in July in an expletive-laden rant to The New Yorker's Ryan Lizza.

Thanks Steve. Keep up the great work. https://t.co/J9O8CUfJAD

According to excerpts from author Michael Wolff’s new book, Bannon called Trump Jr.’s meeting with a Russian lawyer in Trump tower on the campaign trail “treasonous” adding that Trump Jr. “should have called the FBI immediately.”

Following the release of these excerpts, President Trump released a scathing statement about Bannon Wednesday, writing that when Bannon was fired “he not only lost his job, he lost his mind.”