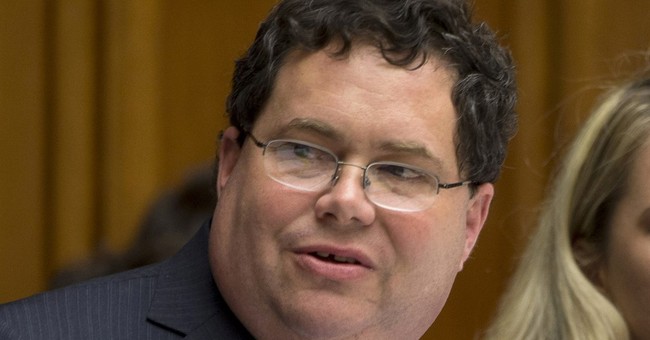 The House Ethics Committee announced Thursday that it will be establishing an investigative subcommittee to look into sexual harassment allegations against Rep. Blake Farenthold (R-TX).

The committee will attempt to determine whether Farenthold “sexually harassed a former member of his staff, discriminated against her on the basis of her gender, and retaliated against her for complaining of discriminatory conduct.”

Lauren Greene, a former communications director with Farenthold, alleged in a 2014 federal lawsuit that she was sexually harassed and fired after complaining of a hostile work environment.

Farenthold used $84,000 in taxpayer funds to settle the complaint. He is the only known sitting member of Congress to take advantage of a little-known congressional account which covers harassment and discrimination lawsuits.

The Ethics Committee was going to review the complaint in September of 2015 but stopped the investigation after the parties entered a confidential settlement.

The committee is currently reviewing over 200,000 pages of materials and has interviewed multiple witnesses.

According to the committee, “over the last two weeks, more information has been disclosed about the nature of the settlement between the parties. In addition, both Representative Farenthold and the Complainant have publicly expressed an interest in increased transparency in this matter.”

Farenthold claimed when the case was settled in 2015 that he didn't engage in any wrongdoing. He also said in a recent interview that he is taking a personal loan to repay the taxpayer money used to settle the 2015 lawsuit.

Liberals React to Defeat of 'For the People Act'
Townhall
India Walton - 'a socialist, anti-police brutality organizer' - appears to have won the Dem primary for Buffalo mayor
Twitchy
Women Want to Know Why Men Don't Want to Marry Anymore...Allow Me
Redstate
The Morning Briefing: Progressives Are Having a Rough Time and It's Glorious
PJ Media