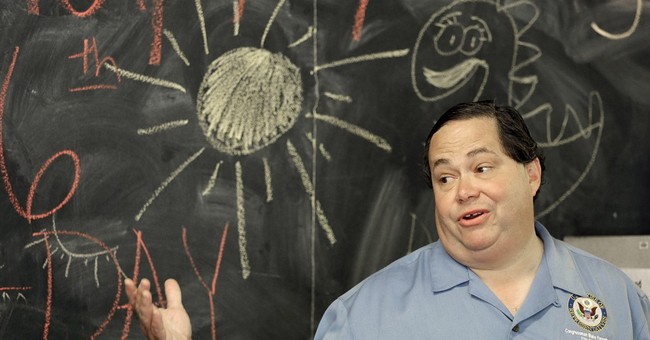 We've been waiting anxiously all week for the unmasking of lawmakers who used the Congressional Accountability Act and Office of Compliance to secretly pay out sexual harassment lawsuits. Now, we have at least one name.

Rep. Blake Farenthold used taxpayer money to settle a sexual harassment claim brought by his former spokesman — the only known sitting member of Congress to have used a little-known congressional account to pay an accuser, sources told POLITICO.

Greene claimed in the lawsuit that another Farenthold aide told her the lawmaker had “sexual fantasies” and “wet dreams” about Greene. She also claimed that Farenthold “regularly drank to excess” and told her in February 2014 that he was “estranged from his wife and had not had sex with her in years.”

The fund also covers lawsuits brought on grounds of racial, gender and other forms of discrimination. Since its implementation in the 1990s, $17 million of taxpayer funds have been paid out on behalf of lawmakers.

Republican Congresswoman Marsha Blackburn has introduced a bill ending the fund. She is also demanding the names of all lawmakers who have used the fund be revealed.

A number of Democrats, including Rep. John Conyers and Raul Grijalva, have secretly paid out sexual harassment lawsuits with taxpayer funding through their office budgets.