Pope Francis, Netanyahu Send Their Blessings as Museum of the Bible Opens in D.C. 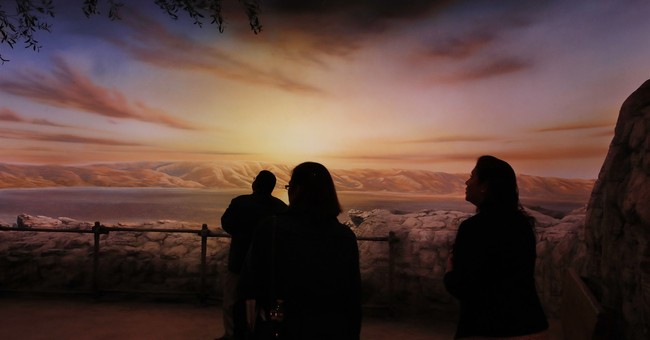 Washington, D.C. – Prominent leaders from many faiths gathered in D.C. Friday for the dedication and ribbon cutting ceremony that marked the opening of the non-sectarian, $500 million Museum of the Bible which seeks to entertain and educate visitors about the history of the Bible and its significance.

Cardinal Wuerl brought a message from Pope Francis to those gathered. The Pope sent his “fervent hope that this significant cultural institution through its extensive collections and exhibits will promote a better understanding not only of the rich and complex history of the biblical text but also the enduring power of its message to inspire and shape the lives of individuals and peoples of every time and place.”

The Pope also sent his wishes “that the museum’s engagement with scholars of various traditions will help to advance interreligious understanding and cooperation in communicating the Bible’s teaching of the dignity of every man and woman made in God’s image and called to join in shaping a more just and reconciled world.”

Netanyahu sent warm greetings telling the crowd, “the Jewish people are known as the people of the book because of the centrality of the Hebrew Bible in our faith, our history, and our lives. Our roots in the land of Israel as described in the holy Scriptures stretch back nearly 4,000 years but it was only 70 years ago after millennia of exile that we were finally able to reconstitute our nation and home at the Holy land. The Hebrew spoken on the streets of Israel today is still recognizably the same ancient language of the Torah.”

“This impressive building and the fascinating and educational exhibits it contains is a fitting home for the thousands of religious texts and artifacts in your remarkable collection,” he said. “By featuring Jewish, Protestant, Catholic, and other faith traditions the museum highlights our shared values and beliefs as well as the history and development of the Judeo-Christian culture over the centuries.”

Following the main ribbon cutting, there was another ceremony to open an exhibit of archeological artifacts from Israel. As Levin explained, the Israeli Association for Antiquities (IAA) made a 20-year deal with the museum to supply artifacts in the fifth-floor exhibit space, marking the first time the IAA has agreed to a permanent exhibit of artifacts outside of Israel.

The exhibit includes a breathtaking opportunity to touch a large stone from the Western Wall in Jerusalem. A sign actually encourages visitors to touch the stone so that they can connect with what, for many faiths, is the holiest city in the world.

Israeli Ambassador Ron Dermer concluded the ceremony by placing a mezuzah at the entry of the exhibit. The mezuzah is a case containing verses from the Torah which fulfills the Scriptural commandment to "write the words of God on the gates and doorposts of your house."

Guests were invited to explore the museum following the ceremonies which, including all the multimedia experiences, would take days to fully see. Highlights include a fragment of the first edition of the Gutenberg Bible, alleged fragments of the Dead Sea Scrolls, and some lovely illuminated editions of the Bible.

The third floor exhibit featured “The World of Jesus of Nazareth,” an interactive experience with replicas of what the homes and food of Nazareth might have looked like in the time of Jesus. Visitors can ask questions to friendly guides dressed in the garb of the time.

There’s also a comprehensive impact of the Bible in the U.S. and world exhibit, featuring Presidential Bibles, clothing and art inspired by the Bible, and the history of how Scripture inspired leaders like Martin Luther King Jr.

The museum's sixth floor has some phenomenal views of the Capitol building, Library of Congress, and Washington Monument.

With a soon to open, interactive exhibit for children and free admission, the Museum of the Bible is sure to be a hit with families and an eye-opening experience for all who pass through the 37-foot Gutenberg Gates.