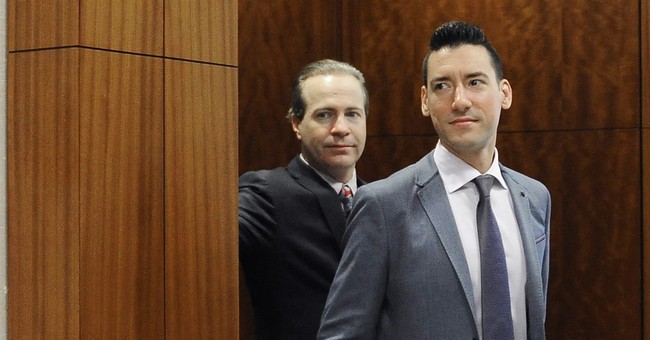 David Daleiden, head of the Center for Medical Progress (CMP), and his attorneys petitioned the Supreme Court Thursday to remove a Ninth Circuit Court of Appeals injunction barring him from releasing additional undercover footage from a National Abortion Federation (NAF) convention because it violates a non-disclosure agreement he signed to attend the conference.

CMP is behind a series of undercover videos which expose Planned Parenthood employees discussing trafficking in fetal remains. When the videos were initially released in 2015, even Hillary Clinton called the footage, which led to a Congressional inquiry, “disturbing.”

The petition emphasizes that in upholding the gag order on the videos “the Ninth Circuit became the first federal circuit to uphold an injunction against the publication of information of legitimate public interest, based solely on the private agreement of parties.”

They pointed out that prior to the Ninth Circuit Court’s decision “no court had so held, and at least two federal courts had ruled to the contrary.”

They also dispense with the court’s claim that Daleiden signed away his First Amendment rights by signing non-disclosure agreements especially as the footage includes “informal one-on-one conversations taking place in exhibit areas and receptions.”

"The nondisclosure provisions could not reasonably be construed to extend to the informal conversations Daleiden had with other conference attendees and that a preliminary injunction would violate the First Amendment’s prohibition on prior restraints," they write. "The preliminary injunction in this case serves precisely the impermissible goal of protecting institutional forces against factual revelations that threaten their political and public standing."

The petition also point out that the district court “held Daleiden and CMP responsible for three unsolved arsons or suspicious fires and the actions of a crazed gunman outside a Colorado abortion facility four months after the video releases. Id. at 72a, n. 42 (gunman was “apparently motivated by the CMP’s characterization of the sale of ‘baby parts’).”

“This Court,” they add, “has never approved suppressing the publication of potentially inflammatory material to avert the possibility of violence by an insane criminal or even by sane fanatics. ‘[T]he First Amendment tolerates absolutely no prior judicial restraints of the press predicated upon surmise or conjecture that untoward consequences may result.’ New York Times Co. v. United States, 403 U.S. 713, 725-26 (1971) (Brennan, J., concurring).”

Daleiden is also questioning the objectivity of the judge presiding over the case, U.S. District Court Judge William Orrick, who sat on the board of an organization that partners with Planned Parenthood and had a Planned Parenthood clinic on its premises. CMP has filed a motion to disqualify Judge Orrick which is pending.

“Judge Orrick’s gag order, issued at the behest of Planned Parenthood and the National Abortion Federation, is an unprecedented attack on the First Amendment by a clearly biased federal judge,” Daleiden said in a statement Thursday. “Judge Orrick even wants to press his gag order in the California Attorney General’s bogus criminal case against me—though he, NAF, and Planned Parenthood insist the gag order only applies to my defense, and not to the Attorney General’s bogus prosecution.”

Daleiden faces 15 counts of felony as a result of the undercover videos. He was charged with contempt for releasing an additional video in May which was later removed.