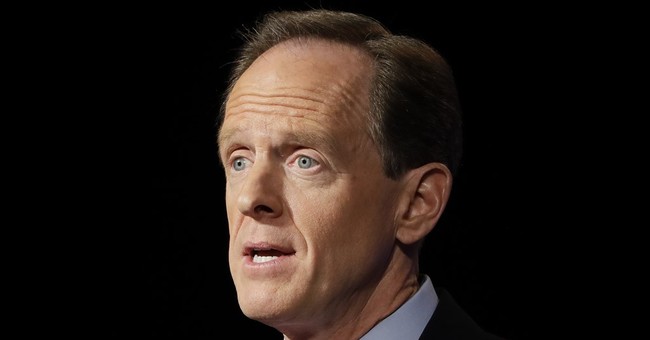 Senator Pat Toomey (R-PA) gave an extremely candid response Wednesday evening at a Town Hall meeting when asked about the Senate GOP’s struggle to repeal and replace Obamacare despite years of complaining about it.

“I didn’t expect Donald Trump to win, I think most of my colleagues didn’t, so we didn’t expect to be in this situation,” Senator Toomey said.

Toomey conceded that the GOP’s lack of preparedness with the healthcare bill was “a valid criticism,” adding that “part of the reason is you’ve seen how difficult it is to get a Republican consensus.”

“Given how difficult it is to get to a consensus it was hard to force that until there was a need to and so that’s what we’ve been working on,” Toomey explained.

“I will also say that there’s been a new wrinkle in this," he continued. "The early version, the early idea of how we would handle this difficult challenge was to pass a repeal bill that would be pretty much a clean repeal, stabilize the individual market, and set the repeal several years hence and have the opportunity in the meantime to work out the reforms. That’s all been collapsed now into a shorter timeframe.”

Toomey, was a member of the Senate GOP’s working group on healthcare. He said he believes the Senate is still "several weeks away from a vote."

The Pennsylvania Senator also commented on President Trump’s friction with the media, pointing out that “every President has had tension with the press. I think it’s best to ignore it.”

“My assessment is it’s mixed,” Toomey said of Trump’s Presidency so far.