Survey: Majority of Americans Still Think the U.S. Is One of the Greatest Countries in the World 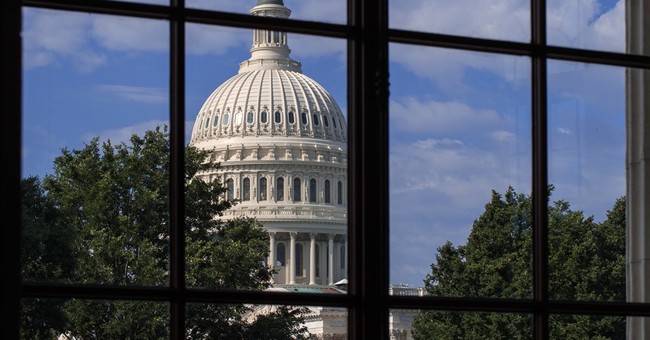 In a Pew Research survey released Friday, a majority of Americans, 85 percent, said that either the United States “stands above all other countries in the world” (29 percent) or that it is “one of the greatest countries, along with some others” (56 percent). Just 14 percent of Americans think there are “other countries better than the U.S.”

Pew notes that, “Republicans are more likely than Democrats to say the U.S. ‘stands above’ all other nations, according to the survey, conducted June 8-18. About four-in-ten Republicans and Republican-leaning independents (41%) say the U.S. stands above other countries, compared with 19% of Democrats and Democratic leaners. This is nearly identical to the partisan gap on this question in the fall of 2015.”

Majorities of both Republicans and Democrats, however, say that the U.S. is at least among the greatest nations.

Twenty percent of Democrats said that there are better countries than the U.S. while just seven percent of Republicans said this.

There is also an age divide in the perception of the U.S. compared to other countries. Forty-four percent of adults 65 and older say that the U.S. stands above all other nations while only 12 percent of those younger than 30 believe that.

The survey revealed little difference in perceptions of the U.S. by ethnicity. Thirty percent of whites, 31 percent of blacks, and 26 percent of Hispanics think the U.S. stands above all other nations. Over half of each of those ethnic groups believe that the U.S. is among the greatest countries in the world.

These results show little change from past Pew surveys on this topic.

Share this on Facebook
Tweet
Analysis: Biden and G7 Leaders Unserious About COVID Origins, Accountability for China
Guy Benson
A NYT Columnist Called on Manchin to Lower the Filibuster Threshold. Could It Actually Happen?
Carson Swick
Black Lives Matter Co-Founder's Real Estate Spree Has Sparked a Little Civil War Within the Movement
Matt Vespa
Don Jr. Says Dr. Fauci Is Not the Only One with Blood on His Hands from COVID-19
Julio Rosas