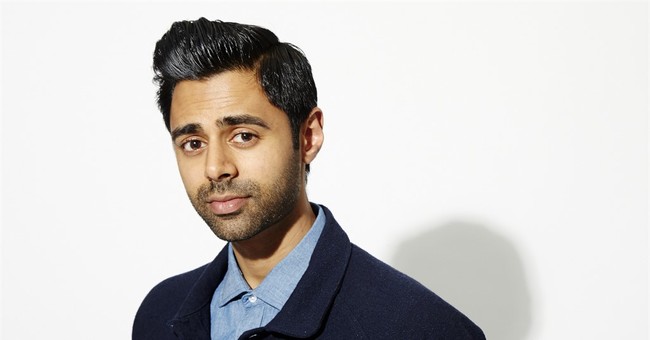 Comedian and Daily Show Correspondent Hasan Minhaj took shots at President Trump during most of his set at the White House Correspondent’s Dinner Saturday. Minhaj brought up Trump’s sobriety, joking that it seemed impossible the President was tweeting “completely sober.”

The president does not drink because he lost his brother to alcoholism, as he’s discussed in the past.

"You know Donald Trump doesn't drink, right?" Minhaj said. "He doesn't touch alcohol, which is oddly respectable, but think about that, it means that every statement, every interview, every tweet: completely sober. How is that possible?"

In a rare personal interview with People magazine in October 2015, Trump shared that he chooses to abstain from alcohol because his brother, Fred Trump Jr., died from alcoholism in 1981 at just 42 years old.

“He was a great guy, a handsome person. He was the life of the party. He was a fantastic guy, but he got stuck on alcohol,” Trump said at the time. “And it had a profound impact and ultimately [he] became an alcoholic and died of alcoholism. He would tell me, ‘Don’t drink ever’ He understood the problem that he had and that it was a very hard problem.”

“He had a profound impact on my life, because you never know where you’re going to end up,” Trump added, cautioning, “I’ve known so many people that were so strong and so powerful [yet] they were unable to stop drinking.”

Trump’s choice to abstain from alcohol is very personal and sends an important message at a time when D.C. recently came second in alcohol consumption in a study by the National Institute on Alcohol Abuse and Alcoholism on who’s drinking the most in the United States.

The National Institute on Alcohol Abuse and Alcoholism also found that “an estimated 88,0009 people (approximately 62,000 men and 26,000 women) die from alcohol-related causes annually, making alcohol the fourth leading preventable cause of death in the United States.”