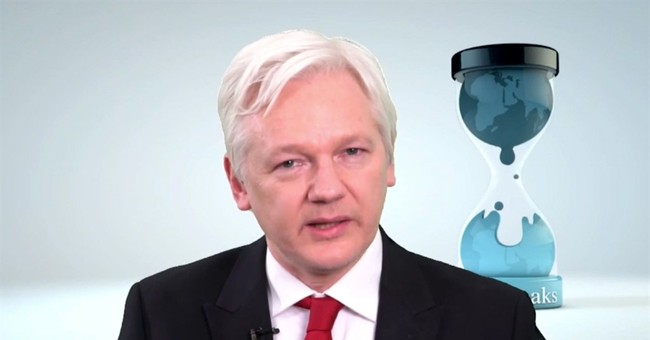 CNN reported Thursday evening that US authorities have prepared charges for the arrest of Wikileaks founder Julian Assange, citing “officials familiar with the matter.”

The investigation of Assange dates back to 2010, but CNN says that prosecutors “now believe they have found a way to move forward,” despite First Amendment concerns.

During the Obama administration, the Justice Department “determined it would be difficult to bring charges against Assange because WikiLeaks wasn't alone in publishing documents stolen by Manning. Several newspapers, including The New York Times, did as well. The investigation continued, but any possible charges were put on hold,” CNN reports, citing US officials involved in the process then.

However, “The US view of WikiLeaks and Assange began to change after investigators found what they believe was proof that WikiLeaks played an active role in helping Edward Snowden, a former NSA analyst, disclose a massive cache of classified documents."

The Washington Post also reported Thursday that “Federal prosecutors are weighing whether to bring criminal charges against members of the WikiLeaks organization, taking a second look at a 2010 leak of diplomatic cables and military documents and investigating whether the group bears criminal responsibility for the more recent revelation of sensitive CIA cyber-tools.”

Barry J. Pollack, an attorney for Assange, told the Post that there was “no legitimate basis for the Department of Justice to treat WikiLeaks differently than it treats other journalists.”

“WikiLeaks is a publisher, and they are publishing truthful information that is in the public’s interest,” Pollack claimed. “Democracy thrives because there are independent journalists reporting on what it is that the government is doing.”