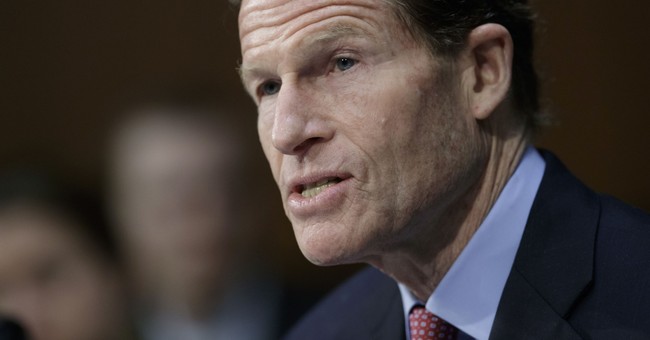 Sen. Richard Blumenthal said Friday that, had he known that the awards ceremony in which he gave remarks last weekend was linked to the Communist Party, he would not have attended.

He made an appearance at the Connecticut People's World Committee Amistad Awards on Saturday to give three people special recognition certificates from the U.S. Senate. The CPWC is an affiliate of the Communist Party USA and the Marxist People’s World news site.

"My understanding was that this ceremony was strictly a labor event," Blumenthal told the Hartford Courant. "If I had known the details, I wouldn’t have gone. … Let me just say very emphatically, I’m a Democrat and a strong believer in American capitalism. I have been consistently a Democrat and a strong supporter and believer in American capitalism."

He also noted that the criticism from Republicans over his attendance was just noise and that serving the state of Connecticut remains his top priority.

"People are going to do what they’re going to do. I’m just going to keep doing my job for the people of Connecticut. There’s a lot at stake in the Senate right now – voting rights, the ongoing pandemic, making childcare affordable, lowering prescription drug prices. That’s where my focus is."

Blumenthal further attempted to minimize the severity of his appearance at the CPWC's event, saying that his attendance was purely to honor the three award recipients.

"I go to a lot of events, places, meetings, rallies, and ceremonies in Connecticut," he said. "I’m delighted to be invited anywhere, and in this instance, I was invited by local labor unions to honor these three individuals, and that’s why I was there. That’s pretty much it."

During the ceremony on Saturday, Blumenthal pushed for a $15 minimum wage and touted President Joe Biden's Build Back Better social spending bill.

"There’s a lot to be working for in economic justice, in racial equity, in establishing a $15 minimum wage and holding corporations accountable for the basic treatment of the American people. We need to look at our entire tax system, beginning with Build Back Better," Blumenthal said at the time.

He also expressed during the show his desire to end the filibuster, saying it "has been misused by Republicans again and again and again," and emphasized the importance of "holding corporations accountable for the basic treatment of the American people."