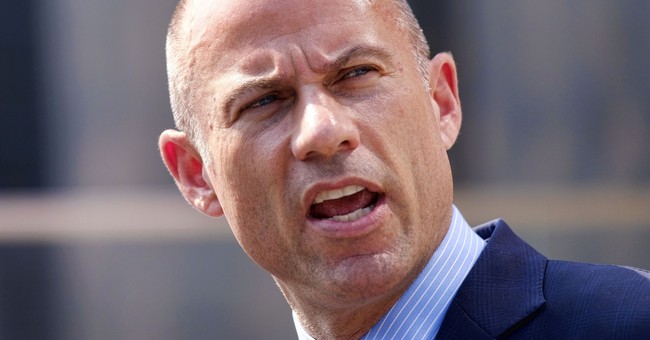 Michael Avenatti's defamation lawsuit against FOX News over their 2018 coverage of alleged domestic abuse was dismissed Friday by the Delaware Third Circuit Court.

Avenatti, the former lawyer for porn-star Stormy Daniels in her case against former President Donald Trump, sued FOX over their reporting on his arrest in 2018 over alleged domestic violence. Avenatti said in the suit that the network said he was charged despite never actually being charged as he was arrested on suspicion of a domestic abuse felony.

The lawsuit alleges that Avenatti was defamed by Sean Hannity, Laura Ingraham and other FOX anchors, and that the network's coverage was reckless. The suit also said that, due to FOX's reporting of his arrest, special damage was done to him.

"News outlets are not liable for minor mistakes, especially when reporting on public figures and matters of public concern," Judge Stephanos Bibas wrote in his dismissal of the lawsuit. “Michael Avenatti, a famous lawyer, was arrested on suspicion of domestic violence. Fox News covered his arrest."

Bibas said that most of FOX News’ statements about the disgraced lawyer were "substantially true" and that "Avenatti does not plausibly plead that Fox or its employees knew that the statements were false or recklessly disregarded that possibility. He also fails to allege any recoverable damages."

A judge has dismissed Michael Avenatti's lawsuit against Fox News.

He alleged defamation, saying Fox News made sloppy errors in how it covered his 2018 arrest on suspicions of domestic violence.

The judge said: "News outlets are not liable for minor mistakes." pic.twitter.com/FEWk2eKcc7

A FOX News Media spokesperson said that they are glad to see that Bibas threw out Avenatti's case against them.

"We are pleased with the Court’s swift decision in favor of FOX News," the spokesperson said in a statement to the Daily Caller. "Today’s ruling is a victory for journalists everywhere, who should not be intimidated into silence when bullies like Michael Avenatti file baseless multimillion-dollar lawsuits."

In July, after being convicted of extorting $25 million from Nike, Avenatti was sentenced to 30 months in federal prison.