DeSantis to Skip Trump Rally as Focus Remains on Surfside 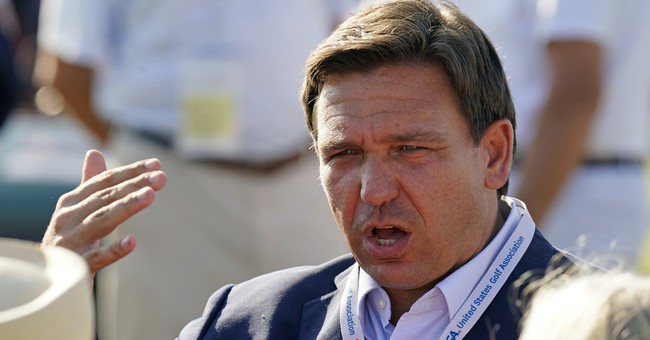 “We can confirm that the Governor will not attend the rally in Sarasota," press secretary Christina Pushaw said in a statement to The Hill. "He spoke with President Trump, who agreed that this was the right decision, as the Governor’s duty is to be in Surfside making sure the families and community have what they need in the aftermath of the tragic building collapse.”

“Governor DeSantis would have gone to this event in normal circumstances. He is sure the rally will draw a big crowd on this holiday weekend, as many Floridians are excited to attend,” she continued.

The governor's office dismissed the notion that it requested that the Trump rally be postponed due to Surfside's ongoing recovery efforts, saying in a Wednesday statement that he "is focusing on his duties as Governor and the tragedy in Surfside, and has never suggested or requested that events planned in different parts of Florida — from the Stanley Cup finals to President Trump’s rally — should be canceled."

"He wants all Floridians to enjoy the holiday weekend and celebrate Independence Day however they choose, while keeping the Surfside families and first responders in their prayers," the statement continued.

Trump spokesperson Liz Harrington said that, due to the rally taking place far from Surfside, it would not distract from rescue efforts, the Sarasota Herald-Tribune reported.

"Like all Americans, President Trump sends his deepest condolences to those who've lost loved ones or been displaced by the terrible tragedy in Surfside," Harrington said.

"The event in Sarasota, however, is on the other side of the state, 3 1/2 hours away, approximately the same distance from Boston to New York, and will not impact any of the recovery efforts," she continued. "In fact, President Trump has instructed his team to collect relief aid for Surfside families both online and on-site at the Sarasota rally."

The Surfside building collapse resulted in 24 deaths as of Saturday afternoon, along with 124 individuals still unaccounted for, Miami-Dade County Mayor Daniella Levine Cava said, according to WPLG.