VIDEO: Nancy Pelosi Talks Baseball...And How Filthy Rich She Is 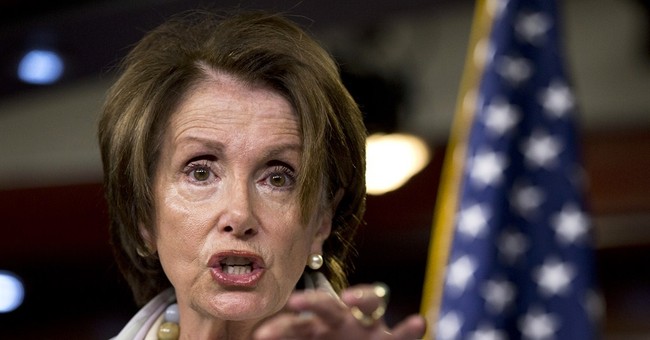 When Nancy Pelosi (D-Calif.) was harmlessly asked about the San Francisco Giants, she was quick to explain her background with major league baseball.

Watch how out of touch she is:

I don't think the reporter meant to get anything but a "Go Giants" or "I love the Giants, but an Orioles fan as well." Instead, she wanted to brag about her father who "brought the Orioles to Baltimore" and her affluent neighbor, Mark Lerner, owner of the Washington Nationals.

The San Francisco Giants are in Pelosi's 12th district of California so I am glad she at least humored her constituents by saying she roots for the team. But I wonder if there is ever a conversation with Pelosi that doesn't subtly divulge that she is a millionaire...worth $29 million to be precise.

Remember when Mitt Romney bet Rick Perry $10,000 over healthcare reform in a presidential debate? The media got all over him saying he was out of touch and another corporate bigwig. At least Romney is proud of his financial success in a capitalistic society such as a America. Pelosi preaches the liberal "spread the wealth" mentality while unapologetically living the life of the one percent.