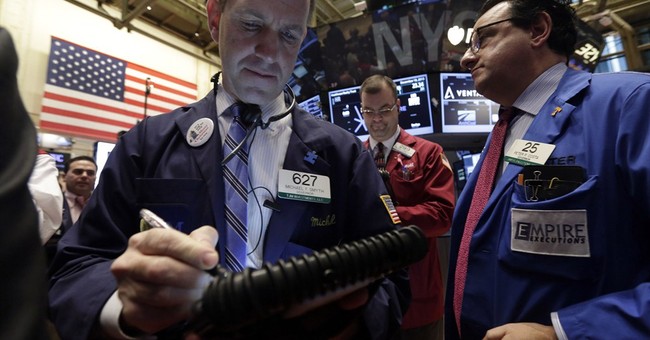 A new report out from the government's Bureau of Economic Analysis revised Q3 GDP growth upward, reporting that the economy has been growing at the fastest rate in years.

According to the Bureau of Economic Analysis, real gross domestic product — output produced in the United States — actually grew at a rate of 4.1% in the third quarter, up from BEA’s previous estimate of a 3.6% growth rate. The final results are also a gain over the second quarter’s 2.5% GDP growth.

The Dow Jone Industrial Average added more than 65 points in early morning trading following the news and the S&P gained about .4%. On the bond side, the 10-year treasury note yield inched up to 2.91.

Stocks have had a good couple of days. In the wake of the Federal Reserve's "tapering" announcement, Wall Street rallied. Consumer spending has been up. This report won't deal with the Christmas shopping season, but it still looks like good news.

The U.S. economy grew at its fastest clip since late 2011 from July through September. The Commerce Department reported growth of 4.1 percent, much stronger than most had expected, thanks in part to a resurgent consumer. Consumer spending drives about 70 percent of all economic activity in the U.S. It was the third and final revision from the government for the third quarter. More important still will be what kind of growth occurred during the final quarter of the year, when Americans typically shift into high gear with their spending. Many economists believe that growth in this quarter has slowed to as low as 2 percent.

The fourth-quarter numbers will be very important, but all in all, 2013 has been a resilient year for the economy. Economic forecasters projected in December 2012 that there'd be a recession because of sequestration. Whether due to the Federal Reserve's aggressiveness or because the Keynesian models were wrong, no recession occurred, and 2013, while not seeing quite a booming economy, has seen employment rise and encouraging signs.