"Absolutely Not, No Way" Would Gun Control Laws Have Stopped Oklahoma Murder 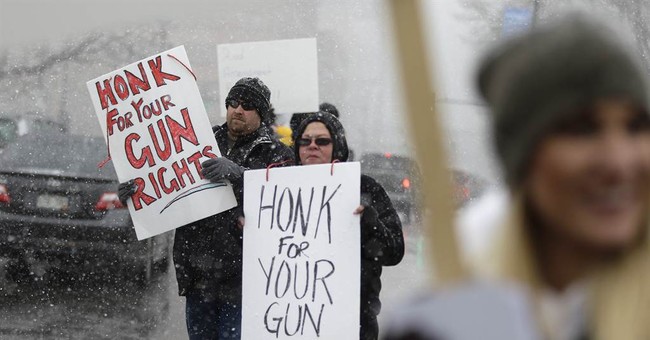 When an innocent Australian student is shot dead in Oklahoma for 'fun' - America's gun crisis becomes the world's problem.

It's time for every decent American to stand up to the @NRA and say: ENOUGH. #GunControlNow

Foreigners - like Piers Morgan and some Australians who have been questioning the Lane murder - may be confused about America's gun laws, but that doesn't mean they're right. Would more gun control have done anything in this case?

"Absolutely not, no way," said district attorney Jason Hicks. "These kids were not supposed to have a .22 revolver in the first place."

"We've got statutes right now that prohibit those three from having a firearm. They're not legally entitled to have a .22-caliber revolver in the first place. You can give me another five, 10, 100, 1,000 laws. It's not going to stop them."

If Piers Morgan wants to have an actual law enforcement official on his show who knows what he's talking about, he could make a few easy phone calls. Instead, he prefers to use his platform to send out ignorant and incorrect tweets.