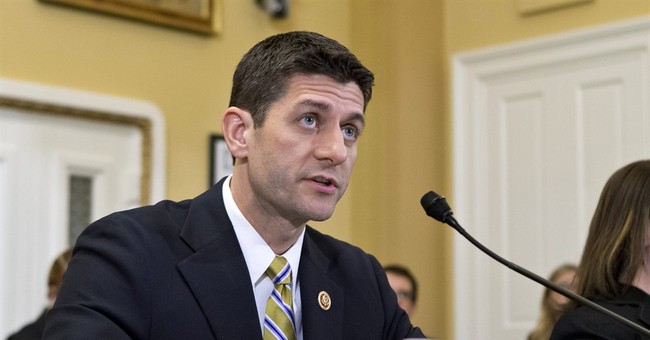 In an interview on Wednesday, Rep. Ryan was asked if a House immigration reform bill will be comprehensive or piecemeal. Ryan responded, "That's up to the Speaker. But I don't think that one big blob works. I think we will do pieces of reform." And Wednesday night after the Reuters report, on Sean Hannity's program on Fox, Ryan was adamant that "we're not going to bring up the Senate bill. We're going to do it our own way, our own very methodical way... we want to make sure we get this stuff right."

Despite a near-universal House opposition to doing so, President Obama has been using his bully pulpit to try to force movement in the House. Action typically grinds to a hault during the August recess, and President Obama wants the House to take up and pass the Senate's immigration proposal before then:

President Barack Obama is urging the House to quickly send him an immigration bill, saying there's more than enough time to do so before Congress takes its August recess.

Obama says he has urged both House Speaker John Boehner and House Democratic leader Nancy Pelosi to find a way to pass a bill. He says a sweeping immigration measure that cleared the Senate with a large bipartisan majority Thursday is a "sound framework" that has been debated for weeks.

Obama says the House has a "bunch of weeks" to get the bill done and "now's the time."

So there you have it: because there are a "bunch of weeks," the House should take up legislation supported mostly by Senate Democrats just because President Obama says so. I don't want to burst the President's bubble, but that is extremely unlikely to happen.