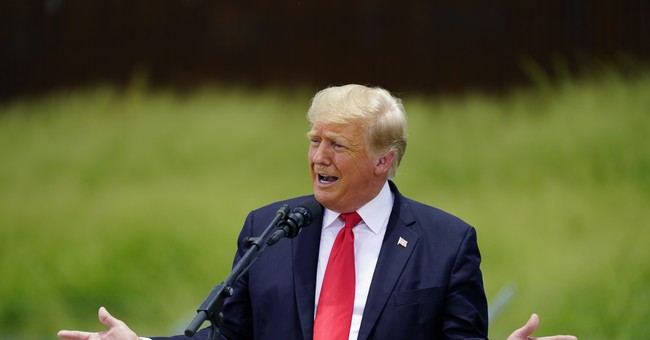 In order to claim he's doing something to ease the pain of high gas prices, President Joe Biden will release an additional 180 million barrels of oil from the Strategic Petroleum Reserve.

As Spencer reported this morning, "While the SPR's current inventory page reported that its 'services aren't available right now' on Wednesday evening, as of December 4, 2021, the inventory was 593.6 million. That means, if Biden does indeed follow through on the plan to release a full 180 million barrels, he'd be tapping nearly one-third of the United States' entire strategic reserve."

President Donald Trump, who refilled the reserve when he was in office and oil prices were low, is blasting the move.

"So after 50 years of being virtually empty, I built up our oil reserves during my administration, and low energy prices, to 100% full. It’s called the Strategic National Reserves, and it hasn’t been full for many decades. In fact, it’s been mostly empty. It’s supposed to only be used for large-scale emergency or conflict," Trump released in a statement. "Now I see where Biden has just announced he’s going to take what we so carefully and magically built, and what will be a futile attempt to reduce oil and gasoline prices. They will soon bring it down to empty again. It just never ends!"

Meanwhile, Biden's move is also being criticized by economists and will do little to impact gas prices long term.

If the U.S. goes through with releasing 180 million barrel release of crude, that'll amount to nearly one third of the nation's strategic petroleum reserve. pic.twitter.com/MCS49F2gVR

Again, strategic oil reserves are for an emergency, not for stupid governance decisions.

And even if it is all for the US, this is 9 days of consumption. https://t.co/d2o3kccW0x